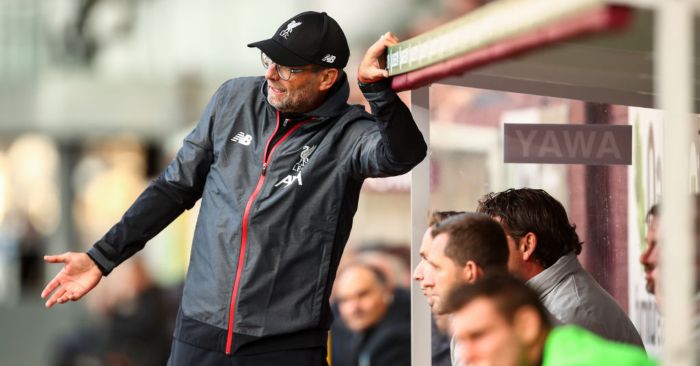 Liverpool maintained their perfect start to the Premier League season with a 3-0 win over Burnley at Turf Moor on Saturday.

A Chris Wood own goal, as well as strikes from an angry Sadio Mane and Roberto Firmino, ensured Liverpool go into the international break with a two-point lead at the top of the table.

Burnley were no match for the European champions, with Klopp saying it was “really different to all the other games I’ve played here” because he felt the result was sorted with ten minutes remaining.

“I have said it before that it was pretty much the best ‘second-ball’ game we have played since I’ve been together with the boys.

“We were really there for pretty much all the first balls, which is difficult enough. And then being around in formation for the second balls was just amazing.

“We then used the immediate spaces for passing and trying to be quick in our decision making. It was really good.

“It is not the only thing that Burnley is doing, of course, they have these early crosses. They play those three or five passes to prepare for an early cross and you have to be there as well. They chip the balls in behind from different positions.

“That last time, I don’t know how many times Burnley were offside, but it was brilliant how we adapted in these situations. Apart from that we played really good.

“It was only the last 10 minutes when I thought OK, this is really different to all the other games I’ve played here. Before today I’ve never felt like it was done already but the boys did the job, so brilliant. It was really good.”