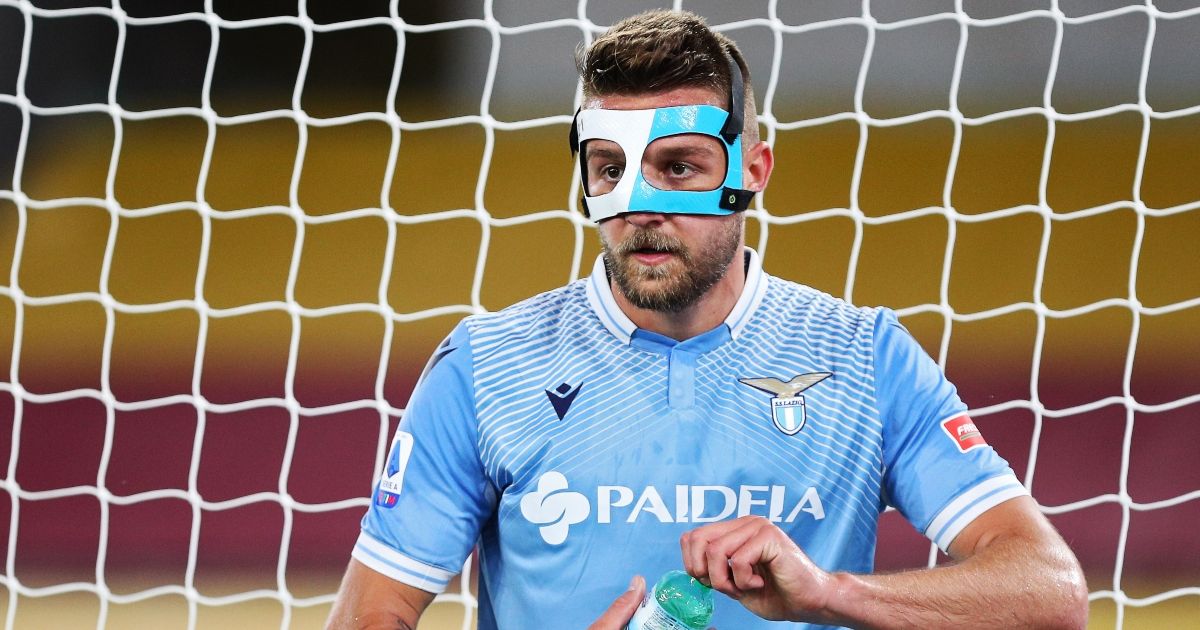 Lazio are only willing to sell Sergej Milinkovic-Savic for a huge fee amid interest from Liverpool, according to reports.

The Lazio midfielder was linked with a move to Manchester United for much of last summer as Paul Pogba looked to force through a move to Real Madrid.

But the Red Devils were reportedly forced to pull out of a move for Milinkovic-Savic, with Pogba’s transfer away falling through.

Over the last month it has been their Premier League rivals Liverpool who have apparently taken an interest in the Serbian international.

Italian publication Il Messaggero brought us the news in early June that Jurgen Klopp was interested in bringing Milinkovic-Savic to Anfield this summer.

The former Genk midfielder still has three years left on his contract at the Stadio Olimpico and it was understood that he could be available for £52m this summer – around half the price United have been quoted in the past.

However, Calciomercato now claim that only a ‘monstrous offer’ would see Milinkovic-Savic leave Rome this summer despite a ‘few more sirens’ sounded for the Serbian.

The report point to Liverpool as one interested party and ‘there have been some calls’ from the Premier League club over Milinkovic-Savic.

However, the Reds are looking to pay ‘less’ than the ‘figure between €70 and €80 million’ that Lazio are reportedly looking for.

Another midfielder Liverpool have been linked with is Aston Villa’s John McGinn, who the Liverpool Echo claim Klopp is a ‘huge admirer’ of.

“First and foremost, what a guy. On and off the pitch he has that leader mentality. On the pitch he gives 110% every single day. Just look at his run from St Mirren to Hibs then to Villa.

“To make his mark in the way he has is phenomenal. It doesn’t surprise me that teams like Liverpool are watching him. Wijnaldum has moved on and he can fill that role, Villa fans are going to hate me but he would fit into that team.

“He high energy and can score goals. He gets around the pitch and he’s mentally tough. Walking into a Liverpool team of that size would not phase him one bit.

“I want him to stay at Villa. But it doesn’t surprise me that people like Klopp are looking at him.”