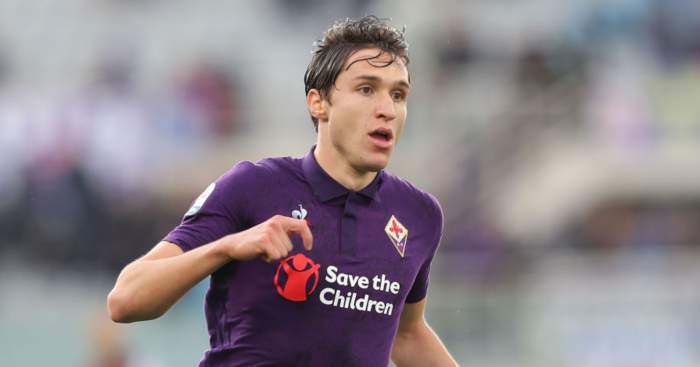 Liverpool have made an enquiry into the availability of Fiorentina winger Federico Chiesa, according to reports in Italy.

Chiesa has had another good season in Serie A for the Viola with twelve goals and four assists in 34 appearances in all competitions.

Juventus have been heavily linked with the Italy international in recent months with the Old Lady thought to be in pole position for his services.

However, Gazzetta dello Sport claim that Premier League side Liverpool have now ‘enquired’ about Chiesa.

It is thought the Reds are weighing up their options ahead of the summer transfer window and are interested in how much it would cost to sign Chiesa.

As Chiesa normally plays on the right flank, it would appear that he could be utilised as a back-up for Mohamed Salah if Jurgen Klopp decided to bring him to Anfield.

The report adds that Fiorentina would be looking for a fee in the region of €70million for the winger, who has 11 caps for Italy.

Chiesa has a contract that runs until the summer of 2022 at the Stadio Artemio Franchi.