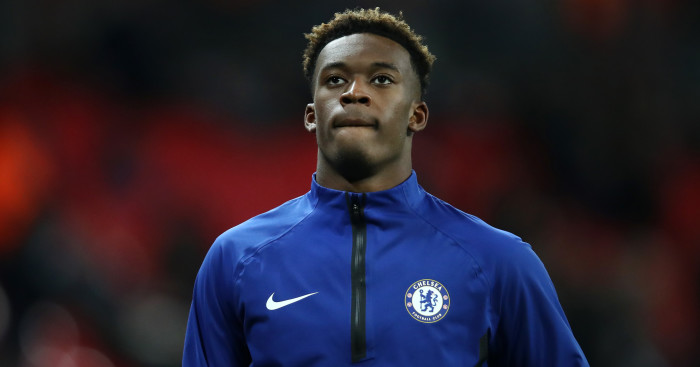 Liverpool have made a late bid to convince Callum Hudson-Odoi to reject Bayern Munich and move to Anfield, according to reports.

The Chelsea winger is in the final 18 months of his contract at Stamford Bridge and although the Blues want to keep him, it looks likely that they will cash in.

Bayern Munich have made an offer of £35million for the 18-year-old after three other bids were rejected.

Hudson-Odoi is understood to want to leave Stamford Bridge due to the lack of first-team opportunities despite Chelsea reportedly offering him a new contract worth £70,000-a-week.

And German newspaper Sport Bild claim that Hudson Odoi and his brother – who is also his agent – met up with representatives from Liverpool at the start of January as they joined the race for his signature.

The report adds that as well as rivalling Bayern for Hudson-Odoi, the German club are worried that Liverpool could also beat them to RB Leipzig striker Timo Werner.

Both Rhian Brewster and Dominic Solanke have been snapped up from Chelsea in the past by Liverpool and it seems they could be looking to do the same again with Hudson-Odoi.