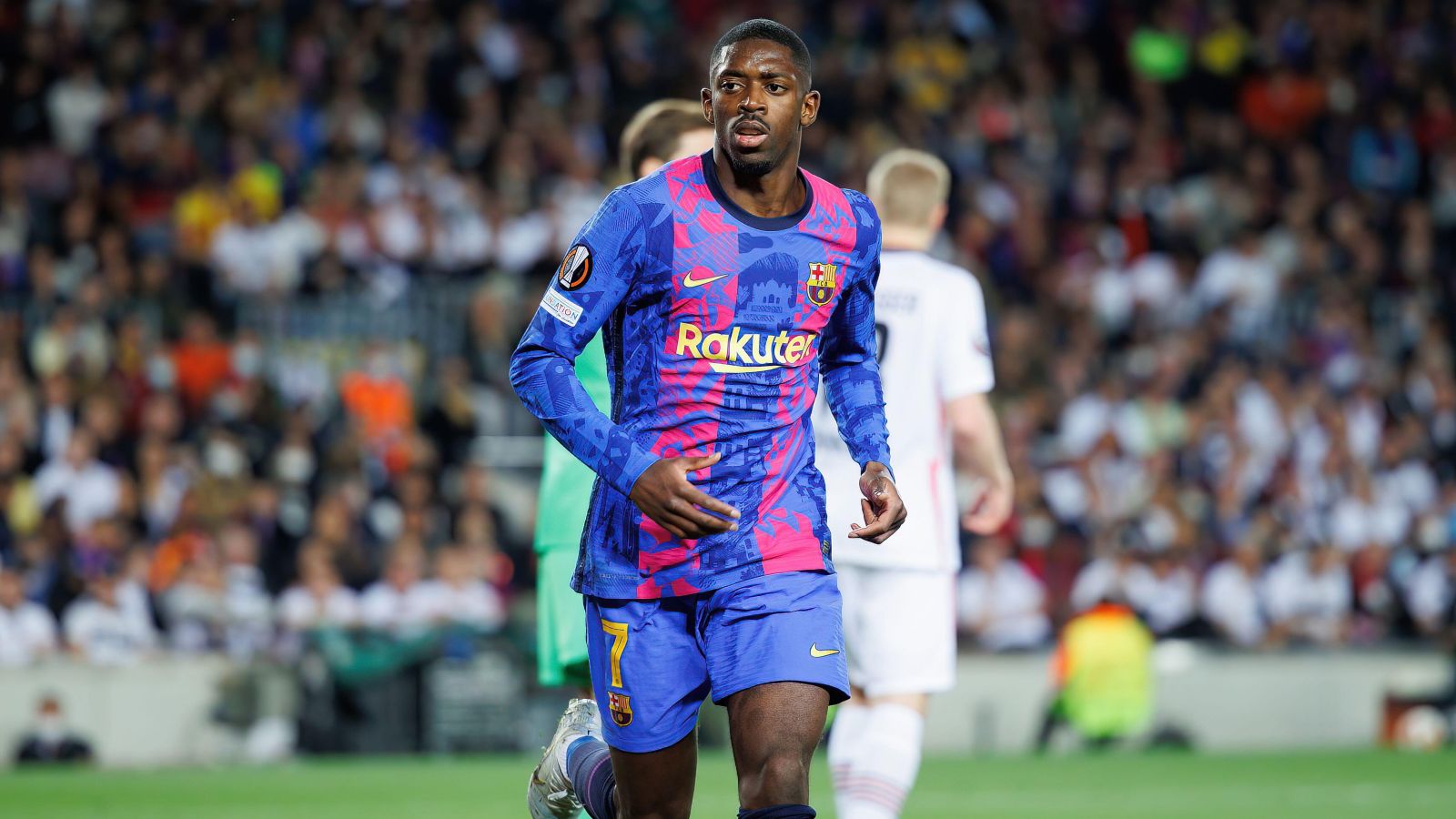 Liverpool have made an offer to sign Ousmane Dembele on a free transfer from Barcelona this summer, according to reports in Spain.

Barcelona are in danger of losing a player they signed for over £100m on a free transfer this summer with Dembele’s contract running out at the end of this month.

The France international signed from Borussia Dortmund in August 2017 and has scored 32 goals in 150 matches in all competitions over his five seasons at the club.

Dembele has suffered badly from injuries during his time at the Camp Nou but contributed one goal and 13 assists in 21 La Liga matches when fit this season.

A recent report insisted that Chelsea’s offer for Dembele – who is already earning around £200,000 a week is ‘significantly superior’ to the one on the table from Barcelona as the Catalan giants still hold out hope the Frenchman will stay.

Despite that he is still ‘not convinced’ by the offer from Chelsea and he is yet to give ‘an affirmative answer’ to the Premier League side.

And now Spanish publication Sport (via Paisley Gates) claims that Liverpool are one of five clubs who have made an offer to Dembele in the hope they can sign him on a free transfer.

The report adds that Liverpool – who allowed Sadio Mane to join Bayern Munich this summer – have selected Dembele as a possible replacement for Mo Salah as they have apparently put the Egyptian up for sale.

Salah insisted before the Champions League final that he would be at Liverpool next season even if the club can’t agree a new contract with him.

The Reds were quick to pounce for Benfica striker Darwin Nunez this summer, in a deal that could reach £85m, as they look to replace Mane’s goals.

Liverpool have now signed Nunez, Fabio Carvalho and Calvin Ramsay in this transfer window and there have been claims that the Merseysiders are done for incomings.

With Liverpool on the verge of signing Ramsay earlier this month, the Daily Mail said the Reds had ‘no plans to buy new midfielder’ and that Ramsay would probably be their final signing this summer.