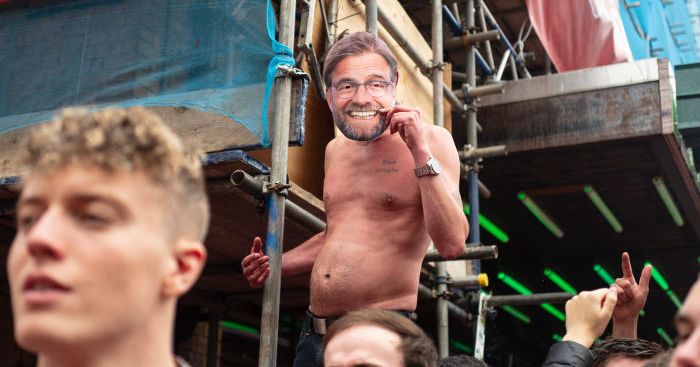 Jurgen Klopp has reconsidered his transfer ‘priorities’ at Liverpool this summer.

Fulham teenager Harvey Elliott is expected to follow the Dutchman into Anfield as the Reds focus on complementing a strong nucleus with youthful exuberance.

But fans continue to clamour for a transfer statement in response to closest rivals Manchester City, who have already spent well over £70m in reinforcing their Premier League title-winning squad.

Two areas Liverpool wanted to strengthen this summer were believed to be at full-back and up front, with back-up wanted in both areas to replace Alberto Moreno and Daniel Sturridge.

The Liverpool Echo said Klopp’s ‘priorities’ were to add ‘full-back cover and a versatile attacker’, but they have since changed.

The same outlet now says ‘senior sources at Anfield have revealed that a left-back is unlikely to be on the agenda between now and the close of the window on August 8’.

Klopp is ‘happy’ with James Milner and Joe Gomez providing cover, safe in the knowledge that signing someone ‘who is willing to kick their heels on the sidelines for much of the season is difficult’.

Liverpool are also not ‘aggressively chasing’ the ‘versatile forward’, which ‘remains tentatively on the agenda’ but is not a pressing matter.