Home All The News Liverpool ‘making’ not ‘buying’ superstars- Carragher 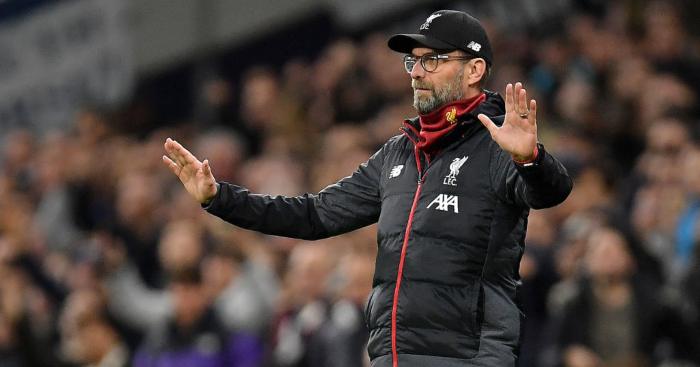 Ex-Liverpool defender Jamie Carragher has praised Jurgen Klopp for his dealings in the transfer market since arriving at Anfield.

The Reds beat Tottenham 1-0 on Saturday to move 14 points clear of Man City, with a game in hand against struggling West Ham later this month.

Klopp’s side look to be closing in on their first Premier League title and Carragher believes the German’s shrewd transfer dealings have made them the force they are.

The former Liverpool hero told Sky Sports: “It’s not that Liverpool are just buying players with this special ability that nobody else sees these players.”

“Robertson came from Hull, Wijnaldum was relegated with Newcastle, Salah had been at Chelsea, Mane had been in the Premier League… they are not just going to the best clubs in the world and buying the best players.”

“It’s okay buying players but it’s what you do with them. Sometimes we forget that. Once you have that player you have to improve them, and Jurgen Klopp probably doesn’t get enough credit for that, the work he does as a coach.”

“Liverpool are not buying superstars, they are making them.”

Stars Andy Robertson and Georginio Wijnaldum were signed for £10 million and £25 million respectively and have hugely increased their reputations since joining the Merseyside club having previously been with lower Premier League and Championship teams.

The Reds play Manchester United next Sunday as they look to remain unbeaten in their title push.