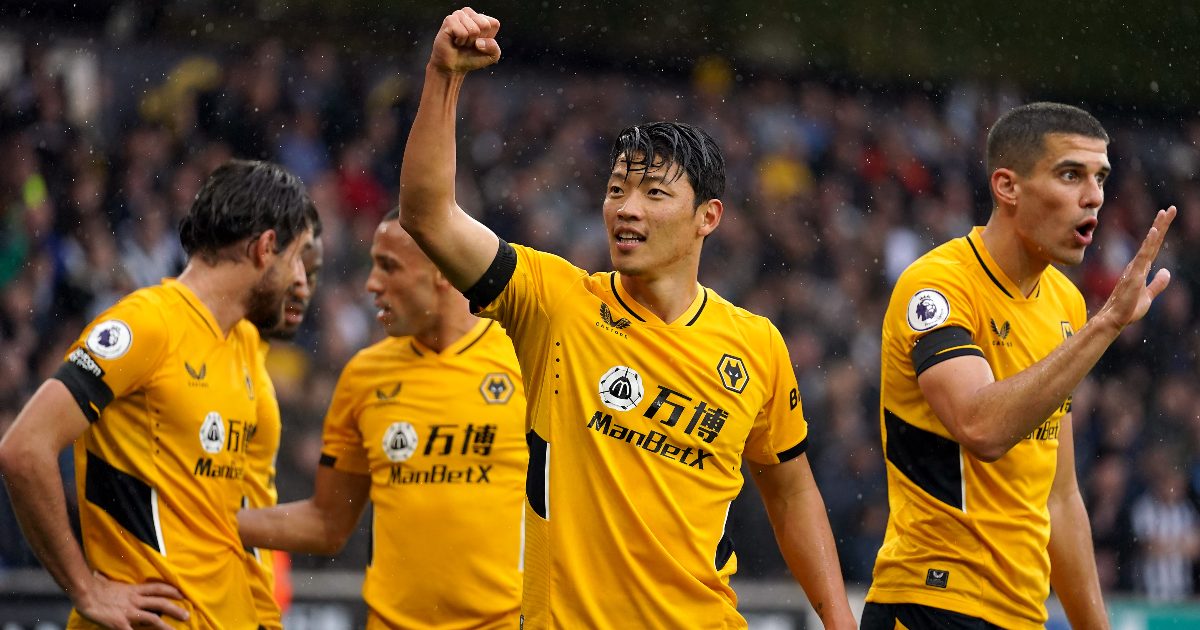 Liverpool and Manchester City are both reportedly interested in signing Hwang Hee-chan after his impressive displays for Wolves this term.

Hwang, on loan from RB Leipzig, has scored four goals in eight Premier League games this season to catch the eye of the biggest and best around.

MAILBOX: Lampard is not Gerrard’s ‘peer’, Southgate learning nothing and…

The Mirror claims Man City have scouted the South Korean a number of times this season, while Liverpool have been tracking the forward for some time.

Hwang put on a fine show when Jurgen Klopp’s side faced RB Salzburg in the Champions League in 2019, putting Virgil van Dijk on his arse in front of the Kop before scoring.

And according to reports in Germany, Hwang turned down a move to Anfield in favour of Leipzig in 2020.

Meanwhile, City could look to the 25-year-old as an alternative to Harry Kane.

Pep Guardiola is thought to still be keen on bringing the England captain to the Etihad, but Hwang would represent a significantly cheaper option, if not quite the same goal threat.

But Wolves do have an option to buy Hwang and are keen to sign him at the midway point of his season-long loan to avoid any complications and competition next summer.

Merson said: “Aston Villa is a stepping stone to Liverpool for Steven Gerrard and if things go his way he could even be at Anfield this time next year. Stranger things have happened.

“If Steven Gerrard does well at Villa in the Premier League then surely he is the first one Liverpool would turn to.

“This is a much tougher job than Rangers because there is so much competition. And it’s a nightmare start because the players are away on international duty.

“He has a hard first game too in Brighton. They are a good team but the fans will expect to beat them at Villa Park so there’s a bit of expectation and pressure on his debut.

“The thing is, Villa surely don’t think they are getting into the top six this season. If Arsenal and Tottenham are struggling why should Villa think they can walk right in there?

“So all he really has to do is steady the ship, get them safe, and if they finish mid-table he’s had a result in my opinion.”