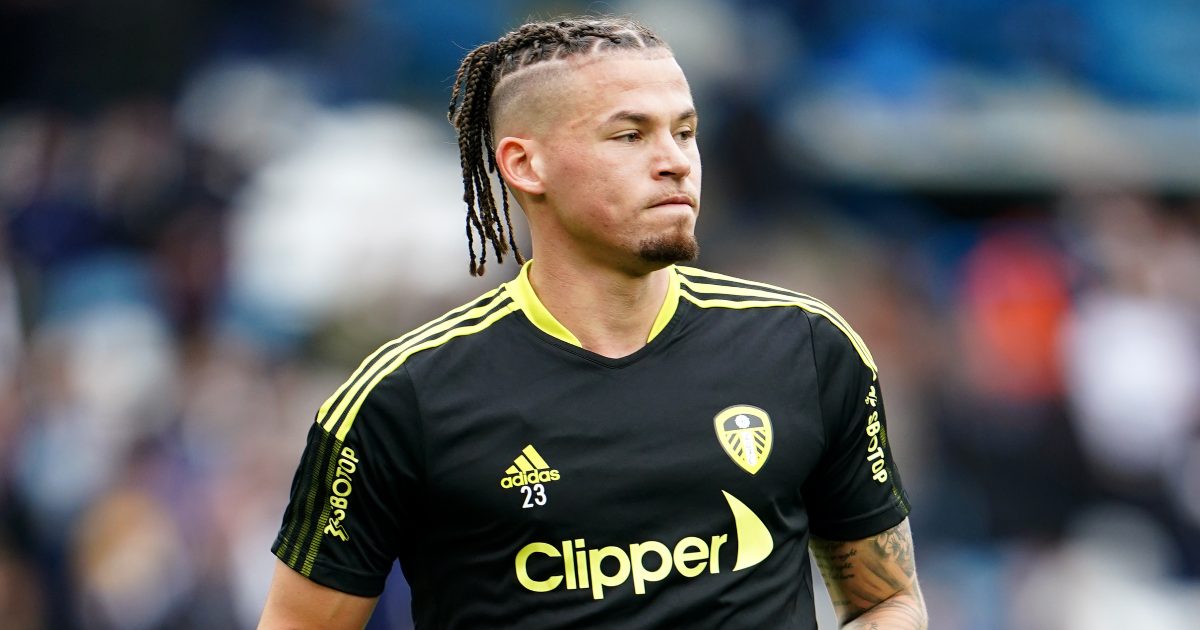 They don’t need him anywhere near as much as United do, but signing a player to avoid a ‘rival’ landing them is an excellent tactic.

United are rumoured to be willing to offer around £60million for the England international, but the Reds are ‘keeping close tabs‘, according to the Daily Star, and have ‘registered an interest in him’.

The report continues: ‘England’s two biggest clubs could be set to go head-to-head in a desperate scrap for one of the most in-demand stars in the Premier League’. Our money’s on Jurgen Klopp with the tire iron.

Leeds have opened contract talks with Phillips – who is a vital part of Marcelo Bielsa’s side – to avoid one of the big guns landing the midfielder.

The 25-year-old is under contract at Elland Road until 2024 and, unlike his international midfielder partner Declan Rice, has not pushed for a move.

Talks between director of football Victor Orta and Phillips’ representatives are ongoing, with the Leeds bosses ready to make him the highest-paid member of the squad to keep him.

The report claims Phillips is concerned about the impact joining United could have on his family given Leeds’ less than friendly attitude towards the Red Devils, which could leave Liverpool as his more likely destination should he decide to leave.

PSG FOR RAPHINHA
Leeds will also struggle to keep hold of another one of their top stars.

Liverpool have been tracking Brazilian winger Raphinha for a while now and TEAMtalk have revealed that Paris Saint-Germain are also interested.

The winger’s recent displays for Brazil – in which he bagged two assists from the bench on debut and two goals in his second appearance against Uruguay – have led compatriot Neymar to ‘put in a word’ with the PSG hierarchy.

DORTMUND TARGET CHELSEA TRIO
Borussia Dortmund have asked Chelsea to ‘keep them informed about the availability’ of three of their players, according to TEAMtalk.

The Bundesliga side are preparing for life without Erling Haaland ahead of a summer brawl for his signature.

The 21-year-old is expected to leave the club when his £68million release clause activates, with any club with the status and means to sign him linked.

Despite landing Romelu Lukaku in a £98million in the summer, Chelsea are one of those clubs, with Thomas Tuchel revealing that the club frequently “talk about” a summer move for the goalscorer.

So Dortmund know they need a new striker and want a winger as well. They’re ‘keeping tabs’ on Timo Werner, Callum Hudson-Odoi and Christian Pulisic, are ‘in contact’ with the Blues, and have asked them to keep them informed over their availability.