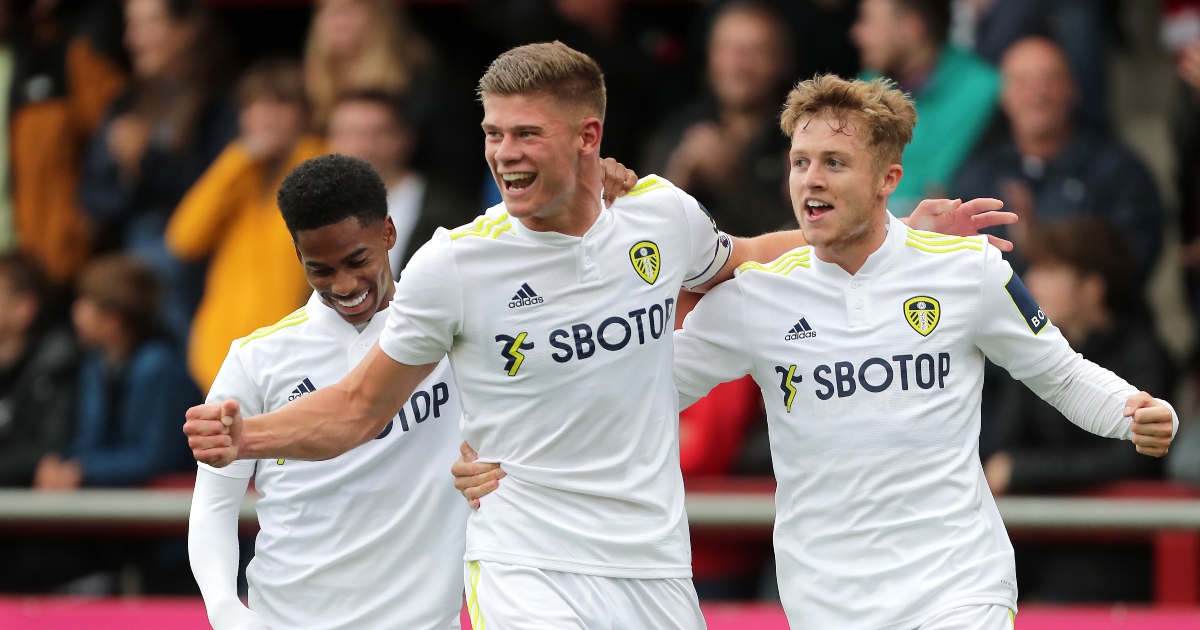 Liverpool and Manchester United are ‘huge fans’ of Leeds star Charlie Cresswell and are set for a ‘transfer battle’ to sign him.

Cresswell has featured four times in the Premier League this term after his debut in the 2-1 defeat to West Ham at Elland Road in September.

And he has reportedly caught the eye of Liverpool and United, according to The Sun.

The 19-year-old is a Leeds fan, is under a long-term contract at the club and is said to be happy to stay.

Cresswell is currently sidelined having dislocated his shoulder in training ahead of their 4-1 defeat to Arsenal and is not expected to return until late January at the earliest.

Speaking earlier this year after signing his new deal with Leeds, Cresswell labelled himself as a “leader”.

He told LUTV: “I’m confident, I’m a leader, I like to play and I like to head it! My targets for the next few years are obviously to try and get in the first team eventually.

“But in this moment I have got to go in day to day and just push every day to the best of my ability and hopefully that takes me somewhere.”

Leeds take on Burnley in the Premier League on Sunday in a huge clash at the bottom of the table.

Marcelo Bielsa’s side are currently five points above Burnley in the relegation zone.

Injuries and Covid-19 cases saw Leeds’ scheduled fixtures with Liverpool and Aston Villa postponed, but Bielsa was able to provide better news on some of the other absentees ahead of the visit of Burnley.

“For the following game, we recover Junior, James, Diego Llorente, Koch had already returned and (Jack) Harrison also, who basically in the last game didn’t play because he picked up an injury as soon as the game started but he has also recovered,” Bielsa said.

Patrick Bamford was another to suffer an issue during that costly 2-2 draw with Brentford but he is fit again.

Boss Bielsa was, however, cautious about using last season’s top goalscorer this weekend, given his previous return was short-lived.

He added: “This is the fourth week since Patrick’s injury.

“Patrick is healthy but he hasn’t played for four weeks now and it puts in doubt the convenience of him playing without having done any football training sessions.”