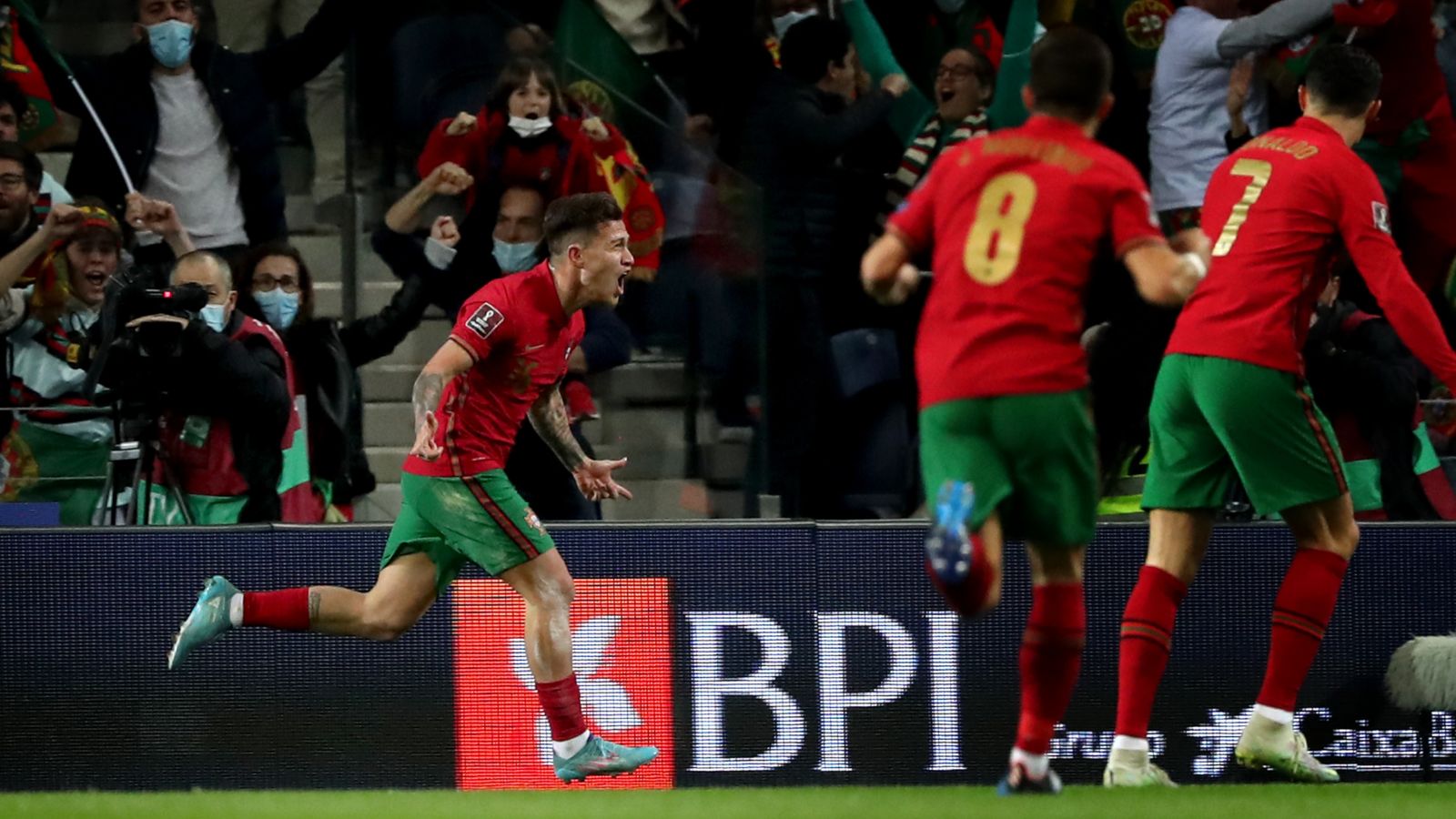 Liverpool, Manchester United and Newcastle United will battle it out this summer for Porto attacking midfielder Otavio, according to reports.

The Reds have a lot of talent in midfield and out wide but it has been rumoured that Klopp is still keen to add to his squad in the next window.

Otavio has been in good form for Porto this season, contributing three goals and 11 assists from midfield in Liga NOS with Sergio Conceicao’s side leading the standings.

Liverpool have already made one purchase from the Portuguese side this season with Luis Diaz arriving in January and the Colombian has already made a big impact.

And now Spanish publication Fichajes claims that Liverpool will attempt to raid Porto again in the summer but this time for Diaz’s former team-mate Otavio.

His performances for the Portuguese national side recently has cemented the belief that Otavio can perform at a higher level and that has now ‘placed him in the sights of several important teams in Europe for next season’.

Otavio, who has a contract at Porto until 2025, is valued at €20m and Fichajes insists that ‘three major teams’ are after the Brazil-born winger.

On Liverpool’s interest they claim: ‘The red team sees him as an option for the trivote in the midfielder zone, adding that he is a more forward profile and that he can reach the shooting zone.’

Man Utd and Newcastle are the two other teams interested in Otavio and another recent report said that the Magpies had ‘referenced’ the 27-year-old ahead of the summer transfer window.

The same source has also insisted that Liverpool have ‘chosen’ a ‘replacement’ for Salah in case he leaves when his contract expires in the summer of 2023.

The Reds have been negotiating with Salah’s representatives for a while now but they have yet to strike an agreement over a new contract, although the Egypt international has made it clear he wants to stay.

Fichajes claim that Bayer Leverkusen winger Moussa Diaby is the player they have chosen to replace Salah if he leaves with Liverpool ‘best placed to close’ a deal for the French 22-year-old.