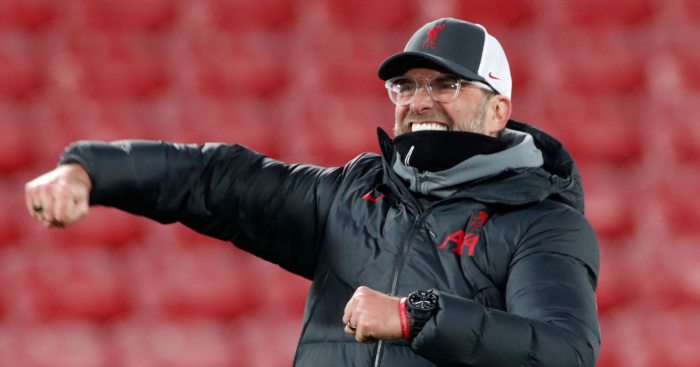 Liverpool have beaten arch-rivals Man Utd to the signing of Celta Vigo youngster Stefan Bajcetic, according to reports in Spain.

The Red Devils have recently been linked to the 16-year-old, who joined the Spanish club’s youth ranks three years ago and has been gradually catching the eye of scouts.

However, despite the Red Devils interest, Faro de Vigo (via Sport Witness) claim that Bajcetic will now ‘pack his bags for Anfield’.

It was believed that a transfer to Man Utd was ‘practically arranged’ until Liverpool launched a ‘last-minute attack’ to land the youngster.

A representative from Liverpool was sent to Vigo yesterday to ‘take care of travel procedures’ after Brexit ‘forced the operation to accelerate’.

A fee isn’t mentioned in the report but Celta Vigo will get a share of his training rights plus compensation when the deal is completed.

And La Voz de Galicia  (via Sport Witness) back up Faro de Vigo’s initial report by saying Bajcetic will ‘embark on a new stage’ at Liverpool.

They too claim that Man Utd were ‘very close’ to signing the defender but that a deal to join Liverpool ‘will be made official’ in the next few hours.