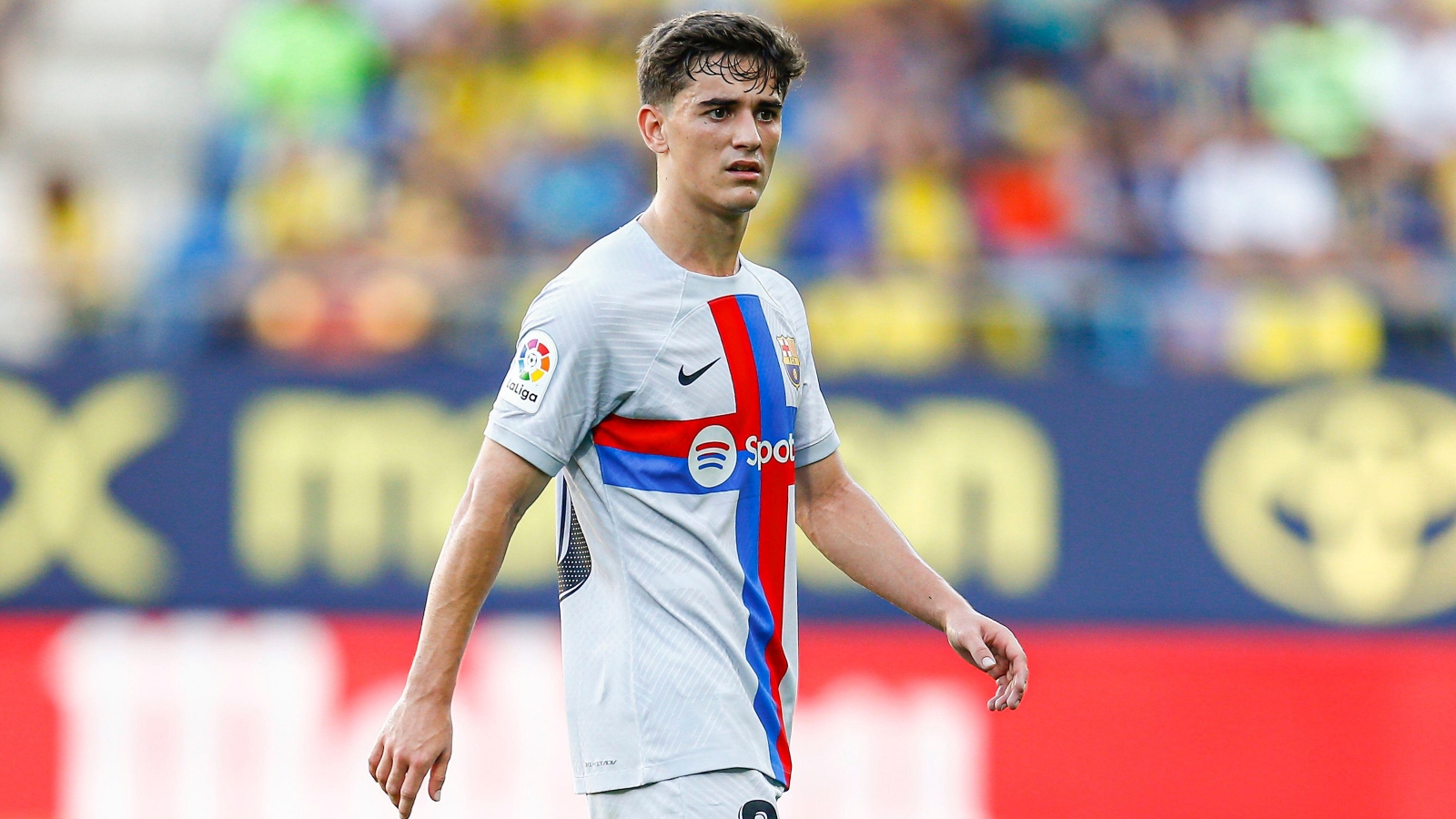 Reported Manchester United and Liverpool target Gavi has agreed to extend his Barcelona contract, according to Fabrizio Romano.

The Spaniard made his La Liga debut last August at the age of 17 years and 24 days.

He already has ten Spain caps to his name after making his first international appearance as a 17-year-old.

It is fair to say that Gavi is a very promising young player; otherwise known as a wonderkid.

The 18-year-old has started all five of Barcelona’s La Liga matches this term and came off the bench to play 15 minutes in his side’s 5-1 win against Viktoria Plzen in the Champions League last week.

Gavi’s future at the Nou Camp has been up in the air for some time, however.

His current contract is set to expire in 2023 and it is believed that he has a €100million release clause.

It is perhaps a little surprising that it has not been triggered considering the huge amount of potential the young midfielder has.

Currently earning €1m-a-year, the poor sod, Gavi has been hoping to see his annual wage quadrupled.

Barcelona have always been ‘confident’ he will renew his deal despite interest from a host of top clubs including Juventus, Paris Saint-Germain, Bayern Munich, Chelsea, Liverpool, Manchester City and United.

Their confidence appears to have not been in vain, as Romano has reported that Gavi will pen a new four-year Barca contract.

The teenager will have a whopping €1bn release clause, as every player in La Liga must have a buyout clause in their contract.

His salary will, unsurprisingly, be increased.

While Gavi looks like he will be off the market in 2023, one player who will not be is Borussia Dortmund midfielder Jude Bellingham.

Writing in his Caught Offside column, Romano has told fans to “get ready” for the “crazy” transfer saga next summer, with Liverpool one of many sides interested.

“It’s not about the price, they [Dortmund] just didn’t want to sell this summer. They will also try to keep him in summer 2023, but next summer it’s going to be a crazy, crazy race.

“My sources tell me – get ready.

“The Bellingham race will be between many top clubs, it will be similar to the Erling Haaland race.

“Liverpool need a new midfielder, so they will try, for sure. Real Madrid are also looking for midfielders, they’ve been following Bellingham for a long time.

“In England, Man City and Man United have also been following him for a long time.”