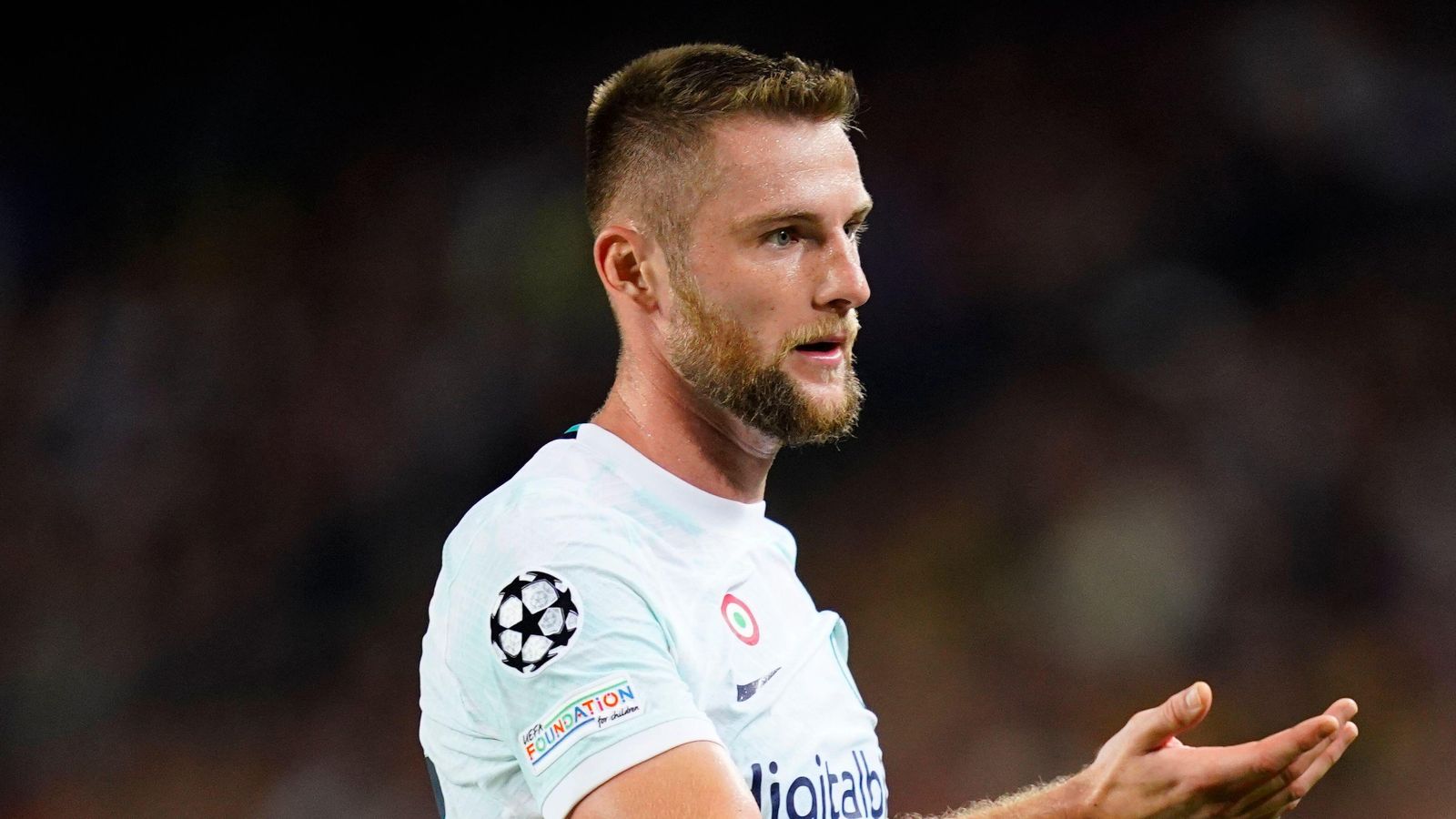 Liverpool and Manchester United are reportedly among the clubs who have joined Tottenham in the race to sign Inter Milan star Milan Skriniar.

The 27-year-old has been performing at a high level for a few seasons now and he has been with Inter Milan since before the 2017/18 campaign.

He has made just short of 250 appearances in a Milan shirt and he perhaps enjoyed his best football during Antonio Conte’s time in charge.

Skriniar was a key player in 2020/21 as Conte helped Inter Milan win the Serie A title.

The centre-back’s future is in doubt at the moment as his contract is due to expire next year.

Naturally, he has been heavily linked with Tottenham Hotspur in recent months so he can reunite with his former manager.

90min also note that PSG were in the running to sign him in the summer but the deal ultimately fell through.

Skriniar staying at Inter Milan cannot be ruled out though as they are ‘battling to keep him’ at the club.

Inter are ‘hopeful’ of retaining Skriniar but the player’s agents are ‘aware’ that clubs in England and across Europe are tracking him.

The Slovakian international is in a great position personally. Whatever ends up happening, he will likely be rewarded with a weighty salary.

Skriniar’s situation could move towards a conclusion in January as at that point he is free to sign a pre-contract agreement with an overseas club.

The report adds that there is ‘no doubt’ that PSG will be able to offer Skriniar more money than Inter Milan but the Italian side are ‘worried’ about interest from England.

Liverpool and Man Utd, and the rest of their Big Six rivals (Arsenal, Chelsea, Man City and Tottenham Hotspur) are ‘huge admirers’ of Skriniar.

All six clubs are even said to have been ‘in contact’ with Skriniar’s representatives ahead of what is likely to be a hectic few months for the player.

The English clubs clearly see the opportunity to sign a ‘world-class player’ on a free transfer as being a chance too good to ignore.

Despite all of this, Inter are sticking to their guns and are “very optimistic” that Skriniar will pen a new deal.

“As far as Skriniar, who is absolutely top-class both on and off the pitch, I hope we can agree a new deal very much,” Inter Milan CEO Beppe Marotta said.

“I’m very optimistic that the negotiations can reach a conclusion by November 13.

“The conditions look to be positive for me to say this.”