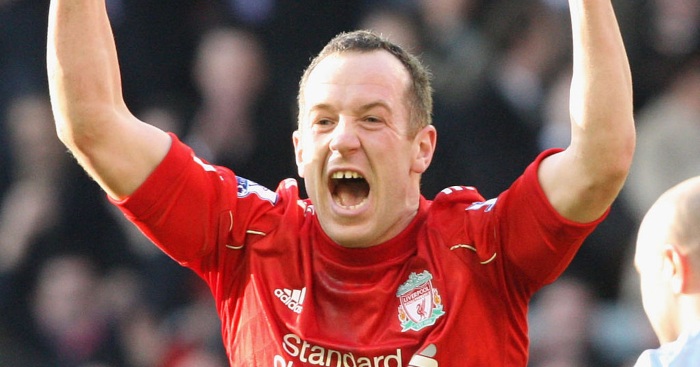 Thanks for your e-mails. Keep them coming to theeditor@football365.com

Worst Liverpool XI
My rules are that it must consist of players I have had to seen play, rather than horror stories passed down through generation(s) (you got lucky Torben Piechnick). This means Houllier onwards. I have also gone for first-team players only, not youth players with unfulfilled promise at the club, which excludes the likes of Le Tallec, Paletta etc.

Maik Taylor – born in Germany on a British army base so could have played for any of the home nations (I believe that loop hole is now closed) and probably would have got a few caps for England but I’m glad we had him. Solid as a rock

Aaron Hughes – I’m biased but I always thought he was unlucky that Hangeland always seemed to get all the attention but he was a consistent performer for nearly 20 years at the top level.

Gareth McCauley – a colossus in both penalty areas

Damian Johnson – there was a rumour Sven tried to call him up for England having assumed he was English but I’m glad he was ours. An absolute tiger in the engine room.

Jim Magilton – a little bit of guile and grit mixed together. A great passer of the ball but also willing to do the hard work as well.

Chris Baird – a very versatile player but in my opinion was best as a holding midfielder. Not many are getting past this midfield.

Chris Brunt – I think he underwhelmed on the international scene but was very unfortunate to miss out on Euro 2016 and was a great player in the Premier League for a long time and of course had that wand of a left foot.

Michael Hughes – my favourite player growing up. Going to have to provide the creativity in this side and he has a great knack of scoring important goals

Iain Dowie – your stereotypical big man up front. Won’t give the defence a minute and will get on the end of Brunty and Gillespies crosses.

And then…
I earlier sent in my northern Irish Premier league 11 and somehow left out Steve Davis. I’m obviously a knobber and my opinion should not count for anything but he should replace Jim Magilton in my team.

How did you forget?
Really enjoying the national Premier League XIs feature, but as a Northern Irishman I have to take issue with a rather glaring exception from our selection.

Criminally underrated throughout this whole career – a superbly dependable performer at either full back position or as a centre half. Incredible longevity over 450 Premier League appearances including time as part of the Kevin Keegan’s Newcastle entertainers and Fulham’s remarkable Europa league run. 112 Northern Ireland caps, many as captain, over a span of 20 years. A key player in the famous 1-0 hammering of England, the ‘what might have been’ Euro 2008 campaign including the 3-2 shellacking of Spain and kept going all the way to the Euro 2016 finals and beyond – being cheated out of a place at the 2018 World Cup finals by the Swiss and a dodgy referee.

Ladies and gentlemen, Aaron Hughes. You could replace any member of the back five and they’d have to accept it.

(Personally I’d squeeze him in at left back)
Adam, Belfast

One per club XI
If any mailboxers fancy joining in what’s kept me and the gents on the WhatsApp group occupied for the last half an hour, who would be in your first eleven and seven subs if you could only pick one player from each Premier League team?

Unfortunately West Ham and Newcastle were the two to miss out here, but my effort was:

Bit light on full-back cover but we’ll switch to three at the back if needed!
Rick

Quiz gratitude
Thank you so much!! Fantastic quiz. You’ve certainly helped a few hard working guys get through the days during this crazy time.. thanks again and keep up the good work. Hope you are all safe and well.
Stu, v grateful

Connections
What I love about this game and there are so many permutations to get to the same place. Here is Cudicini to Thuram that includes two legends of the game.

What about Jurgen Klinsmann to Ansu Fati?

…Here’s my attempt at today’s questions:

Haven’t a clue about the other two!

Another one for today, Patrick Kluivert to Justin Kluivert.
Néill, Ireland

…Thanks for helping me kill a few hours in the afternoon.

No luck on Banks to Pickford
ThaiWolf, HK

Who’s our Kevin Bacon?
Absolutely love the connecting game and now it’s time to select our Kevin Bacon. Basically the player from which you can connect all other players with six degrees of separation.

I vote for Zlatan Ibrahimovic (9 clubs, 7 countries, bajillions of b*lls)

What y’all say? Can you connect Zlatan to Pele in six? How about Teemu Pukki?
Gaurav, MUFC (Ole’s tactician-ing at the wheel)