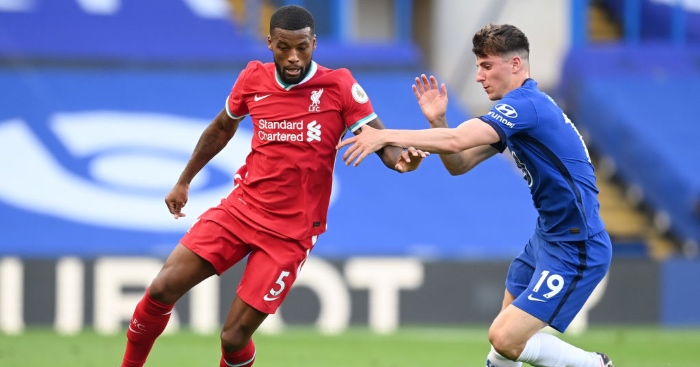 Liverpool and Netherlands midfielder Gini Wijnaldum has responded to Barcelona’s reported interest in him over the past few months.

Wijnaldum was closely linked with a move to the Nou Camp as Liverpool targeted fellow midfielder Thiago Alcantara from Bayern Munich.

The player was even believed to have agreed terms with the Spanish giants in early September.

Thiago was eventually signed by the club for £20 million and Wijnaldum stayed at Anfield.

The 29-year-old has now responded to his whirlwind summer which could have involved a move to Spain.

He said: “I don’t think [the Barcelona interest] was that serious, otherwise you would have read a bit more, or more would have happened.

“There was nothing concrete. I didn’t have to think about it. I will stay on [with Liverpool] it looks like now. My contract will run for another 10 months.

“It could still change, of course you never know that in football. So we’ll see.”

Wijnaldum has seemingly downplayed the Barca rumours and looks set on playing another season, at least, with the reigning Premier League champions.

The Dutchman could play a vital role in the Reds’ season as they aim to retain the league title and perform well in Europe.

He will fight for a place in the starting lineup alongside fellow midfielders Jordan Henderson, Fabinho, Naby Keita and of course Thiago.

Wijnaldum has appeared in all four of the side’s Premier League matches so far. They won their first three games before getting thrashed by Aston Villa on Sunday.

Jurgen Klopp’s men will be hoping to bounce back after the international break in their next fixture. They’ll play Everton in a huge Merseyside derby on Saturday 17th October.

Their Champions League campaign begins the following Wednesday against Ajax. They were both drawn in Group D alongside free-scoring Atalanta and FC Midtjylland.