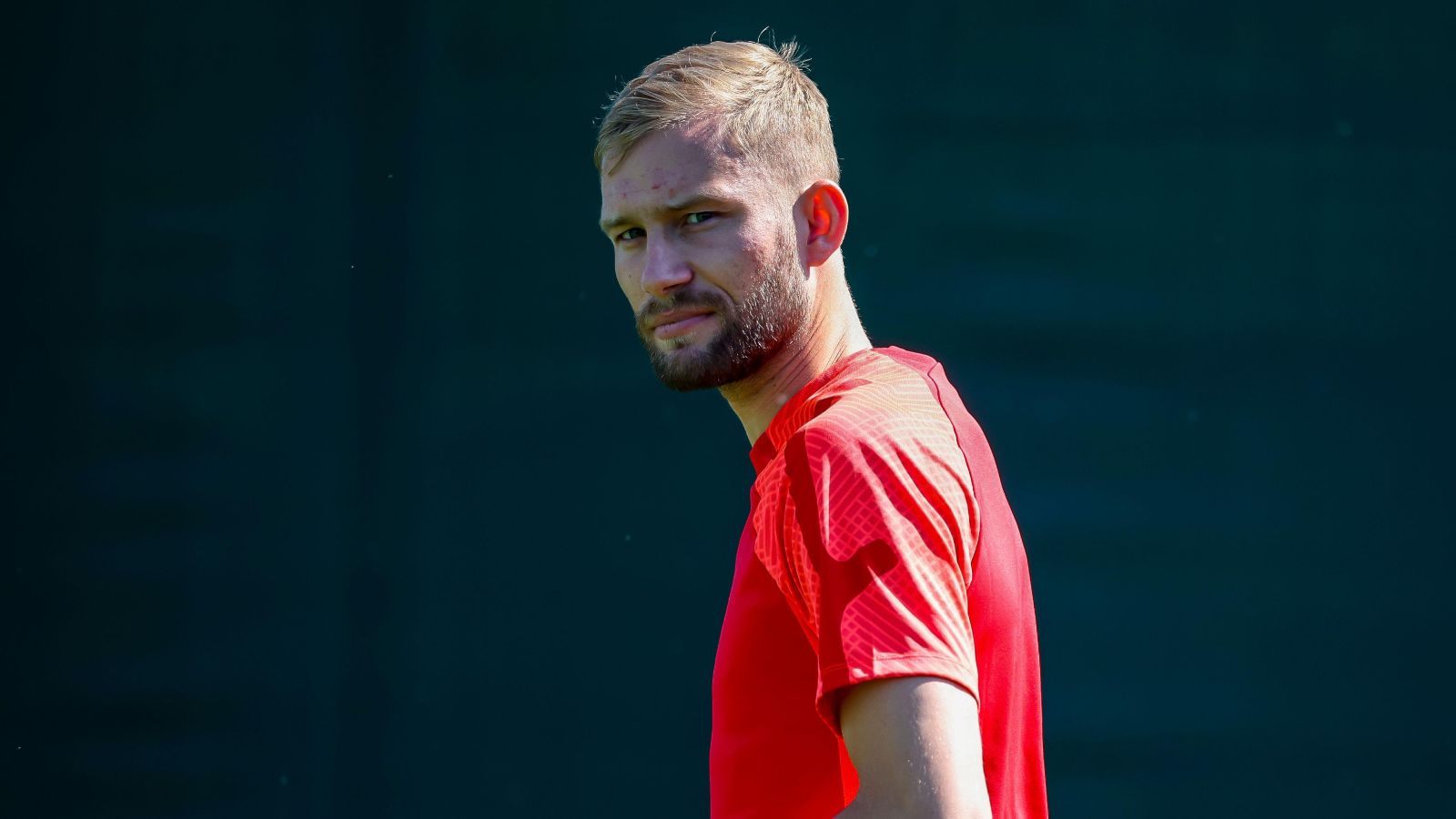 It has been claimed that Liverpool missed out on RB Leipzig midfielder Konrad Laimer during the summer as he wants to join Bayern Munich.

The Reds were initially not looking to sign a new centre-midfielder during the summer.

They were instead looking to bide their time and sign Jude Bellingham from Borussia Dortmund next year. Though his list of suitors is increasing by the day.

They eventually settled on Arthur Melo as a short-term solution as the Juventus star has joined Liverpool on loan. He was linked with Arsenal earlier this year.

He is currently building up his fitness as he has not played a lot of football over the past year. Earlier this week it was claimed that Klopp was unhappy with Arthur Melo’s start since joining Liverpool, but these reports have been refuted by Fabrizio Romano.

Klopp would no doubt have considered other targets and before the summer window closed, the manager conceded that they had missed out on one midfielder:

“We were going for a midfielder but that midfielder decided to go to another club. That can happen,” Klopp said last month.

“Some players are not available now but for us really interesting. That’s how it is – so we can make that decision.”

Many presumed this to be Aurelien Tchouameni, who joined Real Madrid from Monaco for around £86m in the summer.

But GOAL’s Neil Jones believes Klopp was in fact referring to Laimer. The 25-year-old has shone for RB Leipzig over the past few seasons.

Liverpool were linked with him as he has now entered the final year of his contract.

Jones thinks Liverpool “give up on Laimer” as the player has “decided to sit on his contract and join Bayern next summer”:

“I think it was Konrad Laimer he was talking about. I did report that the day before the window closed that Liverpool had given up on Laimer. He ticked a lot of boxes,” Jones said on The Redmen podcast.

“He had a year left on his contract so it all fed into this. I don’t think he was target number one, two or three in the summer.

“But as it developed they thought it could be a nice little deal and a deal that works and he may have been cheap enough to justify it.

“His agent had a relationship with Keita and Mane so there was a lot of parts to it, but the vibe was that Leipzig weren’t after selling him and the player himself had decided to sit on his contract and join Bayern next summer.

“Specifically in that press conference I think he was speaking about Konrad Laimer, but it was probably a bit of both (Laimer and Tchouameni).”