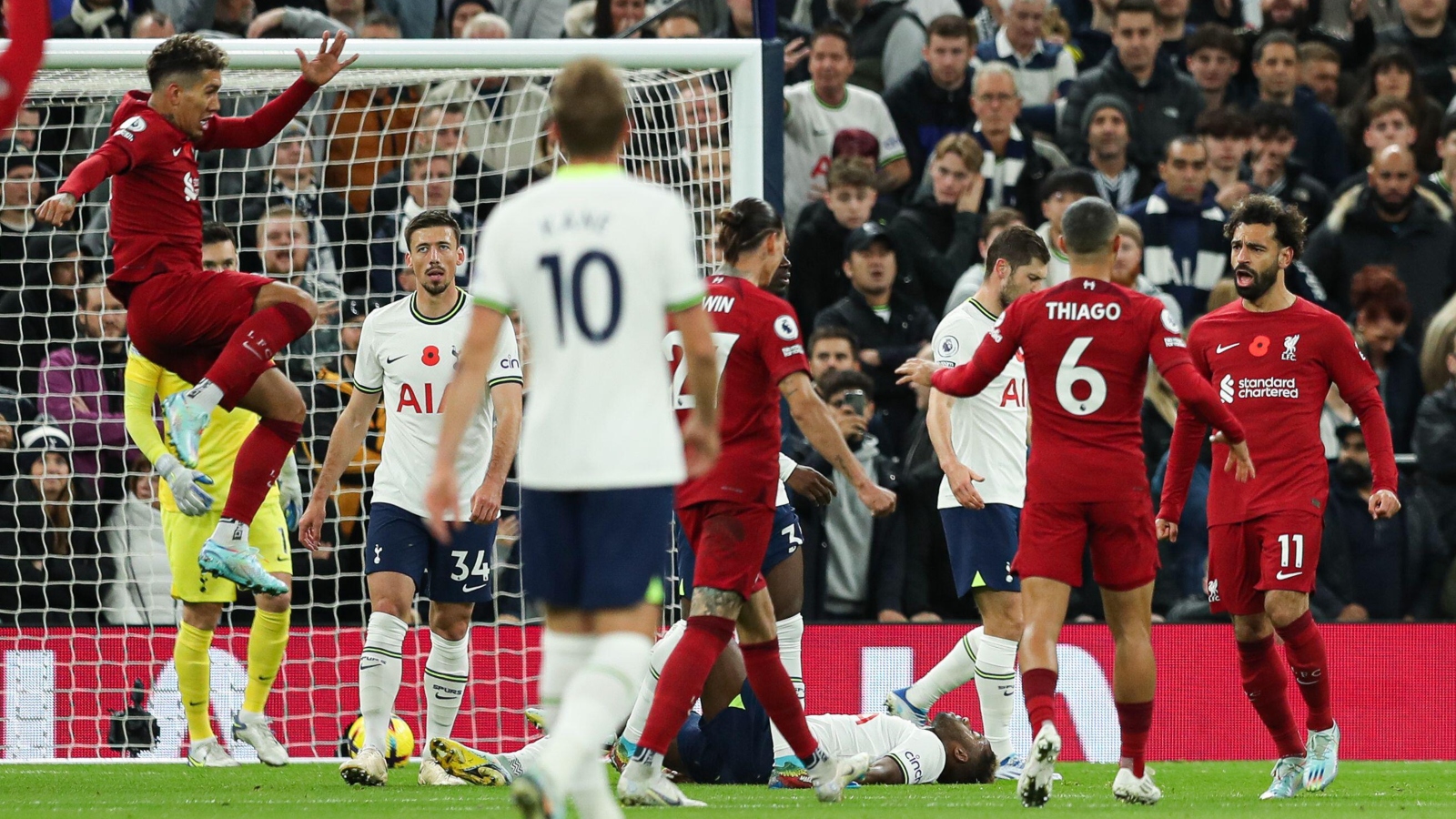 Gary Neville believes Mohamed Salah’s terrific form is a “worry” for his Liverpool teammates, as he is making them look bad.

After a stuttery start to 2022-23, Salah has finally hit his stride.

The 30-year-old only scored twice in his first eight Premier League matches of the campaign.

However, he has three in his last two, including a crucial brace in Sunday’s 2-1 win at Tottenham Hotspur.

Salah has not found goals too hard to come by in the Champions League.

He failed to score in his side’s opening group stage match before netting in the five remaining games – including the quickest hat-trick in Champions League history as Liverpool battered Rangers 7-1 at Ibrox.

After beating Tottenham, the Reds host Derby County in the Carabao Cup during the week – with Salah likely to be rested – before hosting managerless Southampton on Saturday.

The break for the World Cup then gets underway, with Salah’s Egypt not competing in the tournament, giving him the chance to stay sharp for the next month without a hectic fixture list.

The World Cup is perhaps coming at a bad time for Salah, but not Liverpool, despite their win at Spurs last weekend.

Salah has undoubtedly been the Reds’ best player in recent weeks, with the likes of Virgil van Dijk and Trent Alexander-Arnold not playing at their usual high standards.

The Egyptian forward has been carrying much of the attacking burden this campaign following the summer sale of Sadio Mane.

He has not been helped by injuries to Diogo Jota and Luis Diaz, though his old comrade Roberto Firmino has chipped in with his fair share of goals.

With Salah playing as well as he is, Manchester United legend Gary Neville has said his performances should be a cause for concern for his teammates and manager.

Neville said that he thought Salah was back on form after his winning goal against Manchester City and that he was playing at a “different level” against Spurs.

“It was a positive that Salah is back to his best,” Neville told The Overlap. “I think the game I saw first where I thought ‘he’s back’ was the Man City game.

“He was a different level [to everyone else]. I thought yesterday, the stark thing about Liverpool was that in the past three, four, five years, Salah’s been class but he’s not stood out above all the rest of them.”

“He’s been one of many great performers,” he added. “At the moment when he plays, he looks on a different level to the rest of his teammates.

“Now his teammates are good, don’t get me wrong, but it is a little bit of a worry for Liverpool because he does look like an unbelievable player out there at the moment. By far the best player on the pitch.”