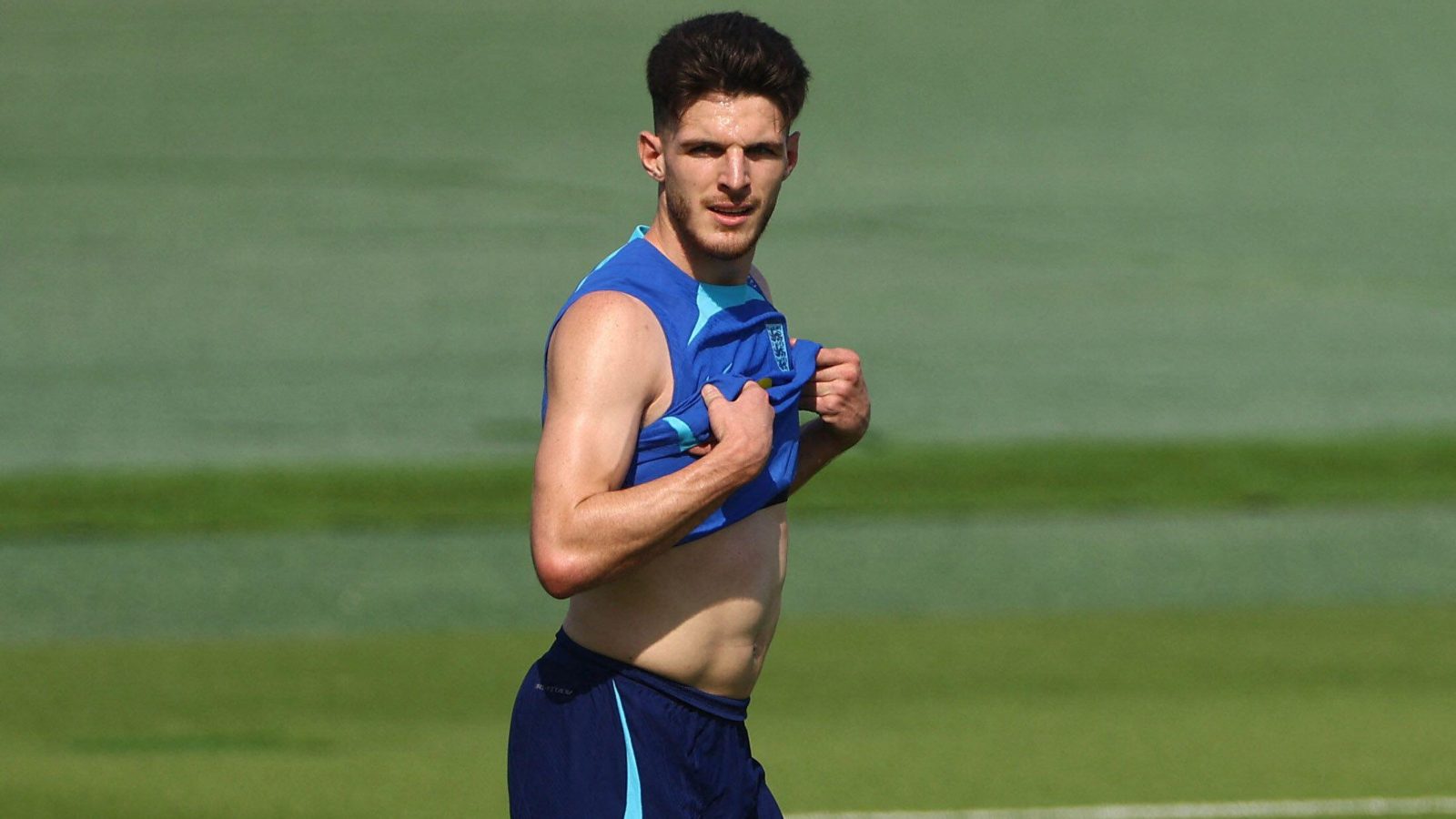 Liverpool are curious to see if England midfielder Declan Rice can thrive at the World Cup ahead of a possible summer move from West Ham, according to reports.

The 23-year-old has been in brilliant form over the past few seasons for the Hammers with several Premier League clubs reportedly taking an interest in his services.

Liverpool are one of those, with the Reds desperate to add a quality midfielder to their starting line-up in time for next season after their inconsistent displays this campaign.

The Reds brought in Arthur on a season-long loan deal from Juventus on transfer deadline day after it became clear that they needed reinforcements in that area.

However, the Brazilian is already injured and it already seems very unlikely that Liverpool will make the deal permanent next summer.

Jurgen Klopp’s recruitment team are reportedly saving themselves for a big summer move for either Rice or England team-mate Jude Bellingham.

And now Football Insider claims that Liverpool are ‘closely monitoring’ Rice during international duty to see ‘how he reacts to the big-game World Cup pressure’.

Liverpool want ‘a marquee midfield signing’ with Bellingham also ‘a top target’ this summer but the Reds ‘also have a strong interest in Rice amid the likelihood there will be slightly less elite-club competition for his signature’.

‘One intriguing area will be how Rice copes with the type of scrutiny and huge-game pressure he does not get at West Ham, who do not compete in the Champions League or challenge for trophies.

‘Liverpool manager Jurgen Klopp is a “huge” admirer of the Chelsea academy product and believes he would be a perfect fit for his team.’

“For me he is a great player and is at the same level as the best midfielders like Busquets, Rodri and Casemiro,”Aguero said of Rice in an interview with Stake.

“It seems to me that he is valued. What happens is that with him not being in a ‘Big Six’ team, he does not get talked about as much.

“But he has proven himself and I think he is one of the strengths of the England team at the World Cup.”

“He’s a fantastic player, has so many strengths for a midfield player, probably the best all-around English midfielder we have. I haven’t put too much thought into that, but I think he’s right up there.

“He has real physical qualities, he can get box-to-box, good legs, good strength, nice on the ball, intelligent.

“He’s a good player and (West Ham) have got a few of them to be honest. They added some in the summer, so it’s obviously a tough test for us and one we’re looking forward to.”