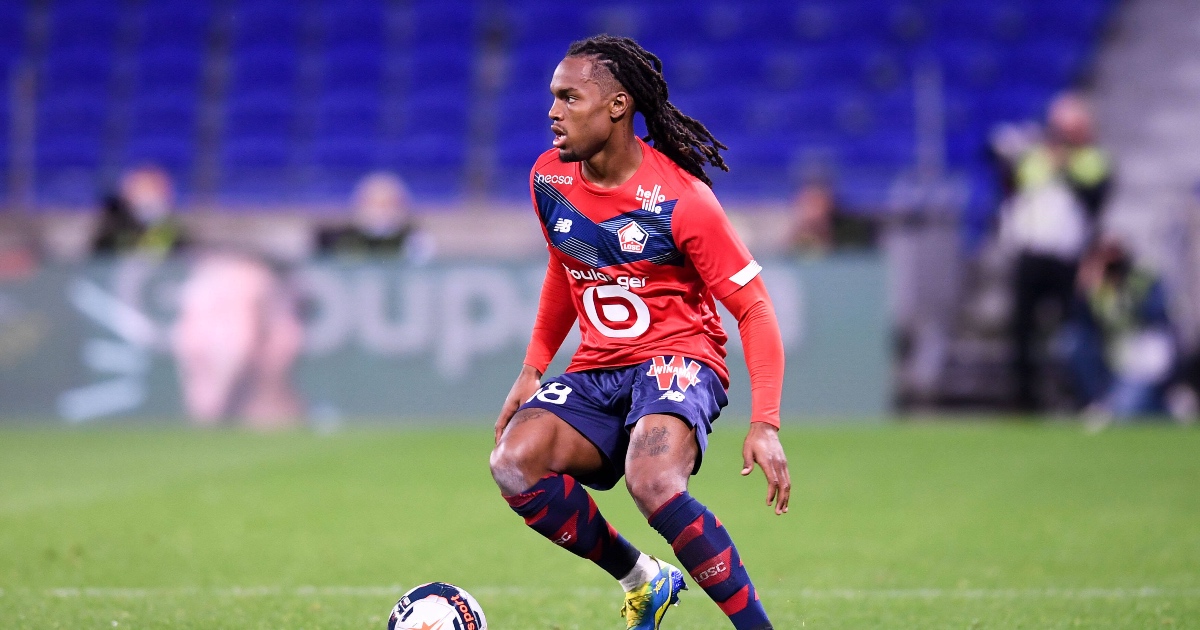 Liverpool is reportedly the ‘most likely destination’ for Lille midfielder Renato Sanches.

The former Swansea and Bayern Munich star has been heavily linked with a move to Anfield, with Arsenal and Barcelona also said to be interested.

Lille reportedly want ‘at least €40-42m’ for the 23-year-old and Mundo Deportivo (via Sport Witness) focussed on the transfer tussle between Liverpool and Barcelona.

READ MORE: The most expensive XIs ever: Arsenal to Leicester

The report states that Barcelona boss Ronald Koeman is desperate to add an all-action midfielder to his ranks ahead of the new season.

The Catalan club are ‘tracking the market’ for a number of options, with Sanches thought to be near the top of their shortlist.

But it goes on to say that they may struggle to lure the Portugal international to the Nou Camp due to their ‘delicate economic situation’.

Liverpool are therefore the ‘most likely destination’ for Sanches.

But the Reds ‘expect to reduce’ Lille’s desired fee of €40million, since Sanches’ contract runs down in 2023.

Meanwhile, Danny Murphy has backed Liverpool to make one “big” transfer before the end of the window.

He said: “There is still a chance Liverpool will make one big one. I think so. An attacking one. In the attacking third.

“I personally wouldn’t sign anybody if I was Jurgen Klopp unless I thought they could go into the XI.

“If you can get one that can play instead of Firmino or instead of Mane then sign him. But there aren’t many about.”

Reds boss Jurgen Klopp recently said he would be content with his squad if the club didn’t make any more signings this summer.

Klopp said: “I’m very happy with the squad. That doesn’t mean we don’t look at the market.

“And that’s what we have to use obviously. There are different approaches obviously out there and we have no influence on that. Our situation is like it is.

“We have a big squad and there might still something happen until the end of the transfer window but I can’t say anything about that in the moment.”