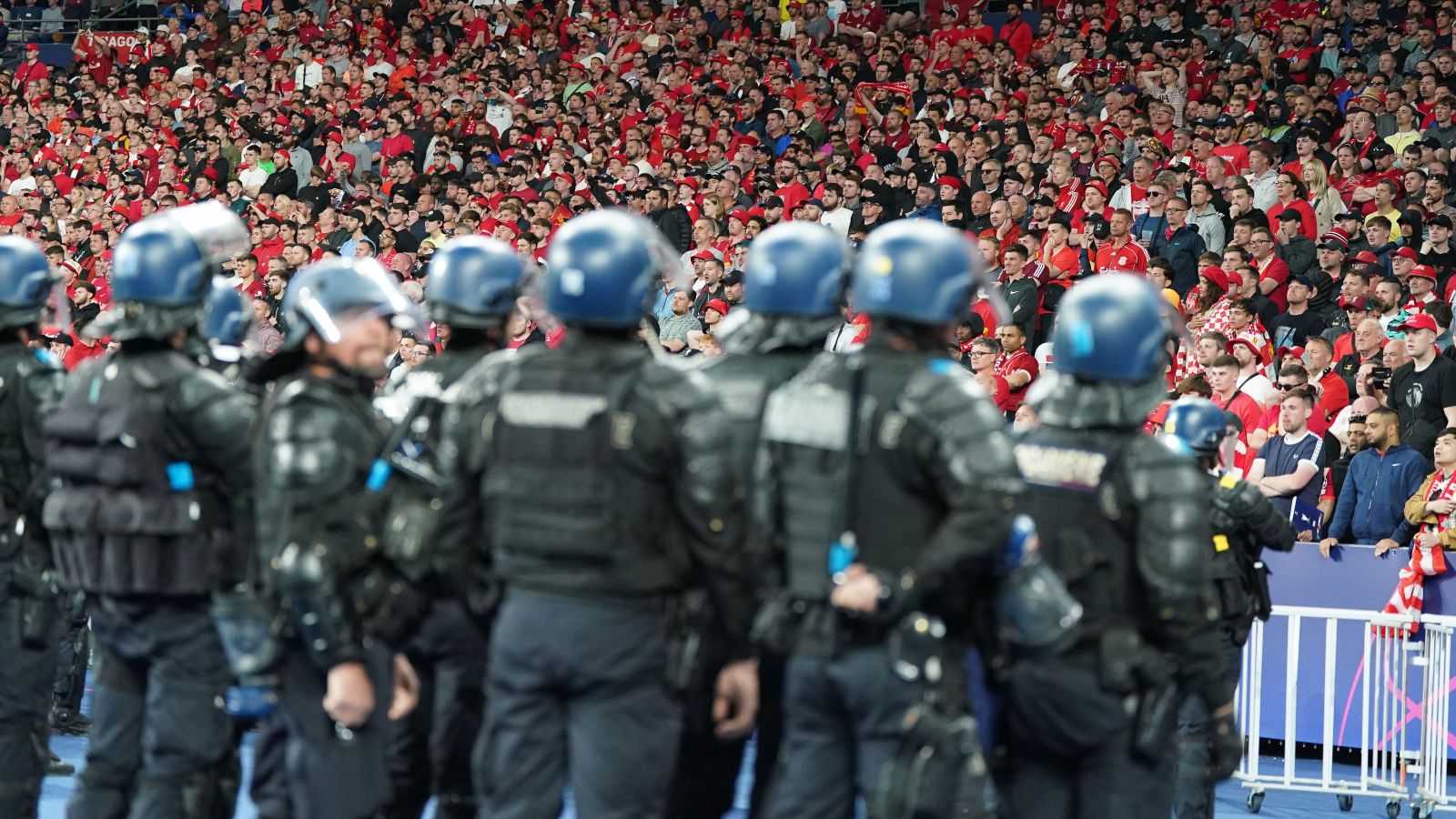 A British MP has called on the French government to hold a full inquiry into the Champions League final chaos.

Ian Byrne, the Labour MP for Liverpool West Derby, attended the match in Paris and said he had never witnessed such scenes since the 1989 Hillsborough disaster.

As with that tragedy, he said he was concerned by the “narrative of lies” which he could see beginning to build. French interior minister Gerald Darmanin tweeted on Saturday night, blaming ticketless British fans for the delays that led to thousands of fans being stuck outside the perimeter fence for hours on end at the Stade de France and then targeted with tear gas.

Byrne says he will now call on Foreign Secretary Liz Truss to demand her French counterpart launch a full probe into what went wrong.

“That narrative of lies that we all know so well from 1989 has begun,” Byrne told Sky Sports News.

“I’ve never ever seen a more hostile environment. From the outset the police, the security, everything about it was absolutely awful.

“We ended up getting through the gates an hour before, there were 13 turnstiles and only two open. I begged the security guard to open the other gates.

“I hope Liverpool Football Club and our Government stand up for Liverpool fans, because that could have happened to any other football team.”

Culture Secretary Nadine Dorries joined Liverpool in urging UEFA to launch a formal investigation into what caused the entry issues around the match.

“The footage and accounts from Liverpool fans and the media on their entry to the Stade de France last night are deeply concerning,” she said.

“Thousands of ticket holders travelled to Paris in good time to support their team in the biggest match of their season.

“I urge UEFA to launch a formal investigation into what went wrong and why, in co-ordination with stadium staff, the French Police, the French football federation, Merseyside Police and Liverpool Football Club.

“It is in the interests of everyone involved to understand what happened and to learn lessons from these events.”

Liverpool said the entry issues at the Stade de France and the breakdown of the security perimeter were “hugely disappointing”.

Tear gas was used on the fans waiting at the fence, despite Merseyside Police observers saying the majority of supporters had behaved in an “exemplary” manner there, and it was reportedly deployed again at the fan zone on the Cours de Vincennes immediately after the final whistle.

UEFA said the delays were caused by “thousands of fans” trying to gain entry with fake tickets which would not work in the turnstiles. The Paris police prefecture said these supporters “employed strong force” in an attempt to gain entry and delayed the entrance of those with genuine tickets.

The police said others then sought to capitalise on this and breached the fences.

“The rapid intervention of security forces allowed calm to return and helped remove the disruptors from the surroundings of the Stade de France,” a force statement read.

Kelly Simmons, the women’s professional game director at the Football Association, was caught up in the chaos.

“Crushed on the way in, unable to move for 90 mins. Face wedged against someone in front. Absolutely terrifying. Tear gassed on the way out as we were near a v minor skirmish. A night from hell #paris” she tweeted.

She added in a further tweet: “My legs were like jelly and had to keep sitting down in the game. All I could think was we have to get out at the end. All the fans near me in that crush behaved impeccably calling for calm/no panic. It was just sheer volume and nowhere to go as no gates open.”

And the problems did not end there for fans as after the 1-0 defeat many were reportedly assaulted and robbed by local youths on the 10-minute walk back to train stations.

He told LFCTV: “The stadium entry and breakdown of security in the perimeter was absolutely unacceptable and frankly the treatment of our fans as well. We are intent on ensuring there is an independent investigation.

“It is absolutely imperative we understand what happened last night and how we got into that situation where people’s safety was put at risk. It’s important we take whatever lessons there are and ensure it never happens again.”