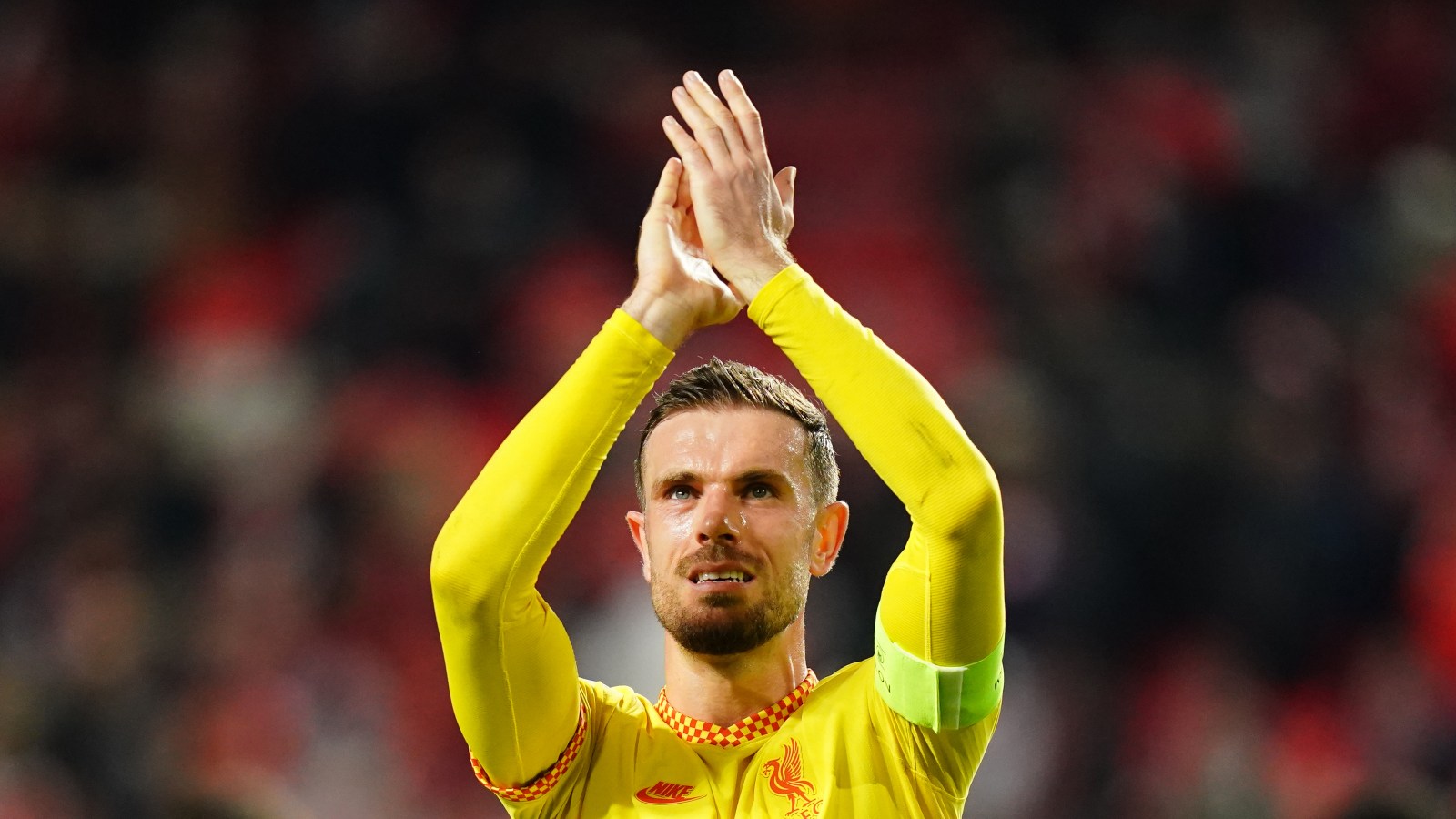 Liverpool captain Jordan Henderson has urged his teammates to have no regrets after their crunch title race clash against Manchester City.

The Reds travel to Manchester on Sunday afternoon knowing a win would take them above Pep Guardiola’s side and put them in a great position to win the Premier League.

Much has been made of the fixture, with many believing whoever wins on Sunday, will win the league title.

Now, Reds skipper Henderson has revealed he has full confidence in his teammates to put in a performance.

Speaking to Liverpoolfc.com, the midfielder said: “There’s times to say things, but, to be honest, I look around and I’ve got full confidence in the team and the players I play with.

“I fully trust them 100 per cent, I know that we’ll have each other’s back when we get out there and we’ll give it absolutely everything. That’s all you can ask for really.

“It’s a pretty special dressing room, full of leaders, full of talent. Hopefully we can keep producing that game by game, not only this weekend but for the rest of the season, the season after and the season after that, and keep going.”

Henderson also urged his teammates to have ‘no regrets’ on Sunday.

“It’ll be a big game, a tough game, but we just want to go out and make sure we’re ourselves and perform to the levels we’re capable of. If we do that then we can have no regrets.”

“It’s an opportunity that people probably wouldn’t have thought we would have had a few months back. But we’re there and we’ve just got to go out and perform to the best of our ability, and hopefully that’s enough to get a good result at the Etihad.”

Henderson did admit that whatever happens at the Etihad, the league won’t be done.

“Obviously if you lose the game it is very difficult. City don’t drop points, to be honest, so it can be very difficult. But if we win, there’s still a long way to go and a lot of points to play for, so it doesn’t really change anything.

“So, again, yes, we’ll give everything on Sunday but then the season doesn’t end there. There’s still a lot of football, a lot of games, to play and we know that. But full focus on Sunday. We’ll give it everything and see what happens.”