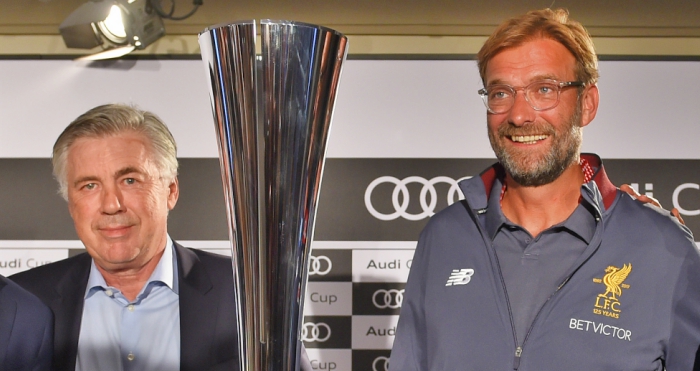 Liverpool ‘must’ replace Jurgen Klopp with Carlo Ancelotti while the Italian is available, according to Garth Crooks.

Liverpool slipped to a comprehensive 4-1 defeat to Tottenham on Sunday, leaving them ninth in the Premier League table after as many games.

You can read 16 Conclusions from the game, in which the Reds were completely outplayed by their hosts.

BBC Sport pundit Crooks believes the performance exposed Liverpool’s ‘deficiencies’ once more, and that Klopp must pay with his job.

‘They are a great club with amazing history and they deserve a manager to reflect those points,’ Crooks said. ‘There are few managers in the world who can take the title to Anfield but I believe former Chelsea, Real Madrid and Bayern Munich boss Carlo Ancelotti is one of those.

‘The blind spot causing current Reds boss Jurgen Klopp not to see the deficiencies in his defence is becoming seriously embarrassing and must be affecting players like Philippe Coutinho, Sadio Mane and Mohamed Salah.

‘I said at the beginning of the season that it was madness to turn down the £100m-plus offer from Barcelona for Coutinho and not use that money to build a defence worthy of challenging for the title. Having rejected that extraordinary offer, Liverpool executives are now forced to rethink the club’s strategy and fix what is an obvious problem. The man that can do that is Ancelotti and they must get him now while he’s available.’