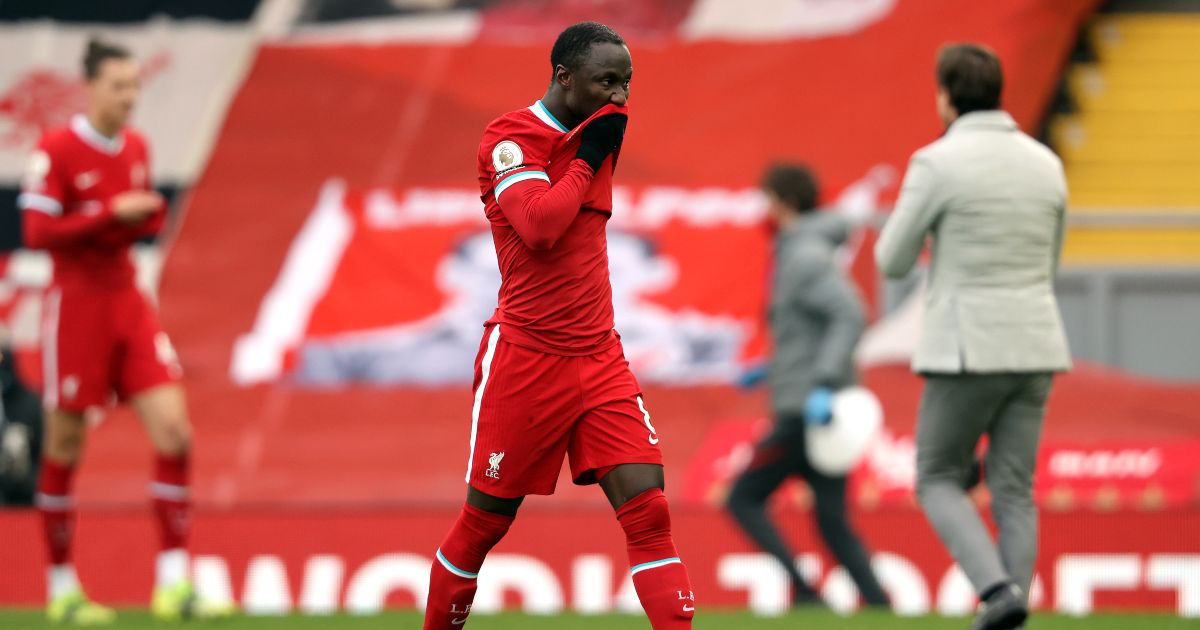 Liverpool have reduced their valuation of midfielder Naby Keita with Leicester City interested, according to reports.

The Guinea international has struggled to play a regular role in the Reds side since his £52.5m move from RB Leipzig in 2018 due to loss of form and a bad injury record.

Keita has only started 32 Premier League matches in three seasons for Liverpool, with the 26-year-old failing to contribute a goal or assist in his 10 appearances this term.

And now Football Insider claims that Leicester City – who are currently sitting in third place in the Premier League – ‘are keeping tabs on’ Keita as the club look to imrpove their squad ahead of a possible Champions League campaign.

A source has told the website that ‘Leicester would be interested in Keita if he becomes available in the next window’ with Liverpool possessing a wealth of options in their central midfield positions.

Brendan Rodgers is understood to be a ‘big admirer’ of Keita, particularly his ‘energy and quality on the ball’.

It is understood that Liverpool ‘now value him at up to £30m’ which would mean the club are prepared to take a £22.5m loss on a player who joined less than three years ago.

There is now a ‘growing expectation that he will not now be the dominant midfielder they hoped’ after being unable to hit the heights of his time at Leipzig and RB Salzburg before that.

“It’s not about building the team around a specific player,” Six told FIFA.com. “In my opinion, Keita has magical feet, and I decided to give him the captaincy because he’s a true leader.

“He’s never abrasive with his team-mates. The way he talks to them is very similar to the way Zidane deals with his players, and he communicates the message in a wonderful way.

“When he came back from injury, I gave him two full games in four days and he helped us a lot, like scoring against a strong Mali team in Mali.

“He puts himself at the disposal of the team and his team-mates do all they can to assist him. We always need his magic and battling spirit on the pitch.”