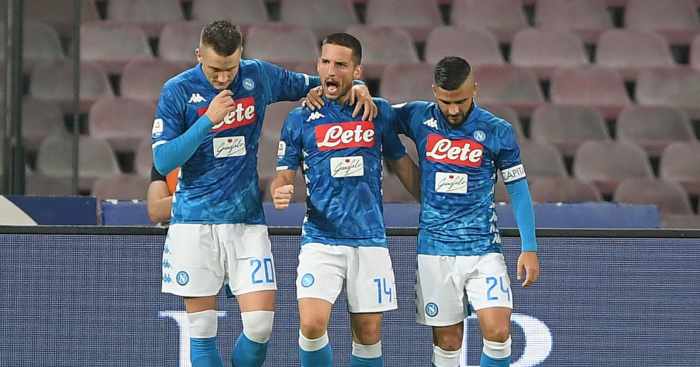 Liverpool have been linked with two Napoli players as the club could look to trim their squad, according to reports.

The Serie A club are currently in the midst of a crisis with the players going on strike after they came to loggerheads with president Aurelio De Laurentiis, who is ‘threatening a fire sale of players’.

And the Daily Mail claims Liverpool are in for two of the club’s top players as sales seem imminent.

One of those players is £55million-rated Lorenzo Insigne with reports claiming in April that the Reds were in pole position to sign the Italian over the summer.

However, that did not materialise and Klopp dismissed the transfer at the time, he said: “He is a very good player but he has a long-term contract at Napoli. We will not even try it.”

It is clear Klopp likes the player and now the Daily Mail say that there ‘can be no question he suits the style of play used by Jurgen Klopp’ but would ‘not be considered a first-team player’ considering their current front three.

The report adds that ‘the fee’ could put Liverpool off especially with doubts over him being an immediate starter.

The second player that the Daily Mail mentions is Poland international Piotr Zielinski, who is valued at around £40million by the club.

Zielinski has ‘suffered appalling abuse’ at Napoli and could leave after coming ‘close to securing a move to Liverpool in the summer’.

The Daily Mail claim that Napoli’s failure to tie Zielinski down to a new contract has given Liverpool ‘another chance’ to pounce.

However, the fact ‘Zielinski’s unhappiness is now well known across Europe’ could see interest from a host of other clubs including Arsenal and Manchester United.