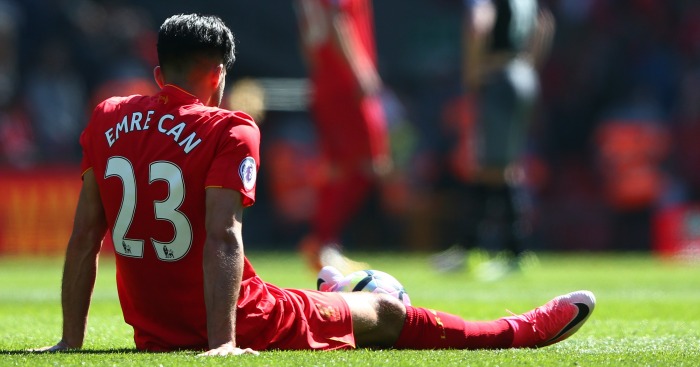 “Where did the other teams lose their points? Which way is better?” asked an indignant Jurgen Klopp when somebody pointed out for the 77th time that Liverpool struggle against teams outside the top six. Better? Who can judge that? But there can be no more frustrating way to cock things up than to play slowly, with almost no energy and invention, and fail to break down an organised side.

In seven games against the teams currently in that mid-table clutch between ninth and 12th, Liverpool have picked up seven points. That’s barely survival form against teams that should be picked off, if not destroyed. Without the pace and running of Sadio Mane, without the effort and invention of Adam Lallana and without the quick feet in tight areas of Daniel Sturridge, this Liverpool side is painful to watch. So pedestrian, so narrow, so easy to control by any defence coached to keep their shape.

Against a team who could not be coaxed out of position, no Liverpool player offered even a semblance of dynamism. They passed the ball sideways until eventually somebody took a shot or tried to loft the ball over a defence sitting so deep that the margin for error was tiny. Of Liverpool’s 17 shots, 12 came from outside the penalty area and only two – the penalty and a late header from Philippe Coutinho – forced Fraser Forster to make anything other than a routine save.

I was baffled, the fans were baffled, Jamie Carragher on co-comms duty was baffled; why was Jurgen Klopp changing nothing while Liverpool huffed, puffed and barely threatened to blow a dandelion into the wind, never mind Southampton’s house down? Why did he wait 68 minutes to make a change when it was clear after about 15 minutes that this Liverpool side could have become the fourth of the season to fail to score against Southampton? Claude Puel may well lose his job this summer, but he will walk away knowing that he has four times done a number on one of the most vaunted coaches in Europe.

The only way Liverpool could possibly score with that stodgy midfield and a front three that included the wholesome but limited talents of Divock Origi was either a moment of brilliance (see Monday, Watford) or a penalty, and Jack Stephens obliged by instinctively throwing up his arm. That James Milner then had his effort saved felt like justice as it forced Liverpool’s decision-maker to make a decision. Two minutes later, on came Lallana and Sturridge, at least 23 minutes later than they should have been introduced.

Liverpool immediately looked like a different animal. In their limited time on the pitch, the pair changed the tempo and lifted the energy of the crowd. Sturridge alone had two shots and created three chances; Origi had registered neither in 68 willing minutes. At last it felt like Liverpool had more than one plan. But then time ran out and Liverpool lost the precious advantage of having the race for top-four places entirely in their control.

That’s now three consecutive home games without victory for Klopp’s Liverpool and the feeling lingers that the pattern could have been broken by an earlier, braver decision. Perhaps the German prefers easy listening to heavy metal after all.