Harvey Elliott and Curtis Jones have been in the Liverpool first team and U23 side. And they've been just grand. 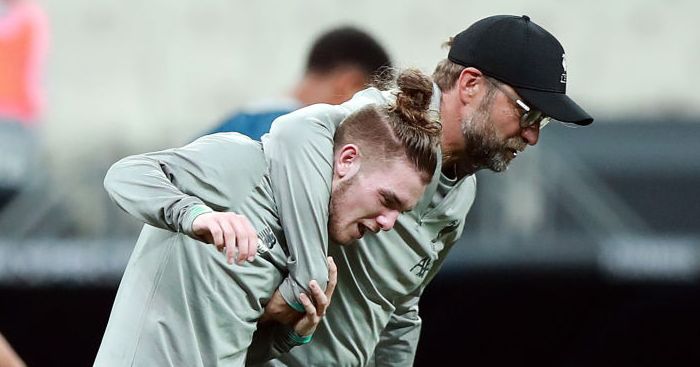 Critchley will take charge of Liverpool for the second time this season against Shrewsbury in the FA Cup on Tuesday, having led the Reds out against Aston Villa in December’s Carabao Cup quarter-final.

Much of the side that was beaten in that game will feature against the Shrews after Jurgen Klopp stated that he would honour the Premier League’s request for the new winter break to be adhered to.

Liverpool’s first-team players will thus enjoy an uninterrupted two-week break as Critchley’s young side fight to make it through to the fifth round.

In his press conference on Monday, Critchley was asked about whether the attitude of the players who have been a part of both the first team and his U23s side – Harvey Elliott and Curtis Jones, to name but two – has changed, and how their mentality has been.

“I was going to say ‘unbelievable’ but they’re not doing anything out of the ordinary,” he said.

“They don’t do anything that I don’t expect them to do because I suppose it’s what standards you drive at the Academy that you want to pass on to Melwood.

“I think you only have to look at the first team, the way they play the game and the culture that they have is driven by the people and if you’re not a good person then you don’t fit in. If you come back to the Academy and act any differently or think you’ve made it, you won’t fit in either and you’ll find yourself on the side.

“So when they’ve come back they’ve been carrying on like they’ve normally been doing. I think that’s just something we try to build and improve on. They’ve been like they’ve always been and I suppose that’s great credit to them as people.”