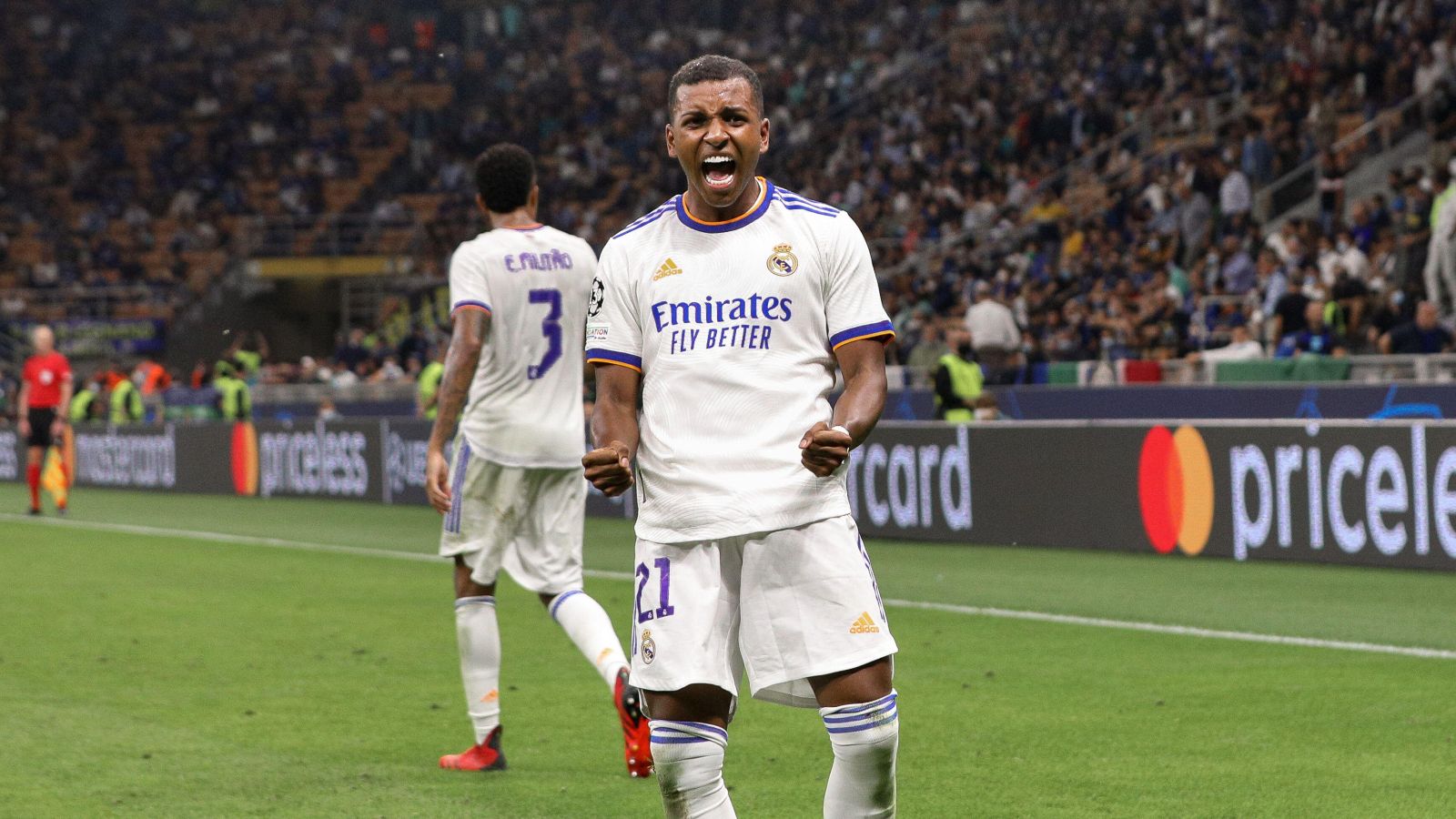 According to reports, Liverpool and Newcastle United ‘tried to convince’ Rodrygo to leave Real Madrid before he penned a contract extension.

The attacker has been with Real Madrid since 2019 as they paid €45m to sign him from Santos.

The 21-year-old has already played 108 times for the Spanish giants across all competitions.

Rodrygo only started 17 games in La Liga last term but he was able to grab nine goals and ten assists in 49 appearances overall.

The winger scored a late brace against Man City last term that helped Real Madrid book their place in the Champions League final.

Earlier this summer, it was announced that he had penned a new contract that runs until 2028. Transfermarkt value him at £54m.

It is said that the player ‘made it clear’ to his agent that he ‘was not interested’ in joining Liverpool or Newcastle.

The report adds that it is Rodrygo’s ‘dream’ to retire at Real Madrid. Their chief executive – Florentino Perez – ‘places him in the fight for the next Ballon d’Or’.

Meanwhile, Chelsea goalkeeper Edouard Mendy has told Liverpool that losing Sadio Mane to Bayern Munich will be a “big loss” for them this season.

The Senegal international moved to the Bundesliga champions in a deal worth a reported £35m in June after asking to leave Anfield for a new challenge.

Liverpool replaced him with Benfica striker Darwin Nunez in a deal worth around £85m but there are concerns that the Uruguayan could struggle to match Mane’s goal return.

And Mane’s compatriot Mendy thinks the loss of Mane will have a “huge impact” on Liverpool this season as they attempt to challenge for the title once again.

When asked about Mane’s move away from Liverpool, Mendy said: “I think it is a big loss for the Premier League in terms of quality and in terms of the person.

“We’ve lost someone great and I hope for him he will enjoy the Bundesliga.

“He’s also a big loss [to Liverpool] because of his quality, the impact he makes and also because, for the young players, he’s an example. When you lose someone like this it can have a huge impact.”