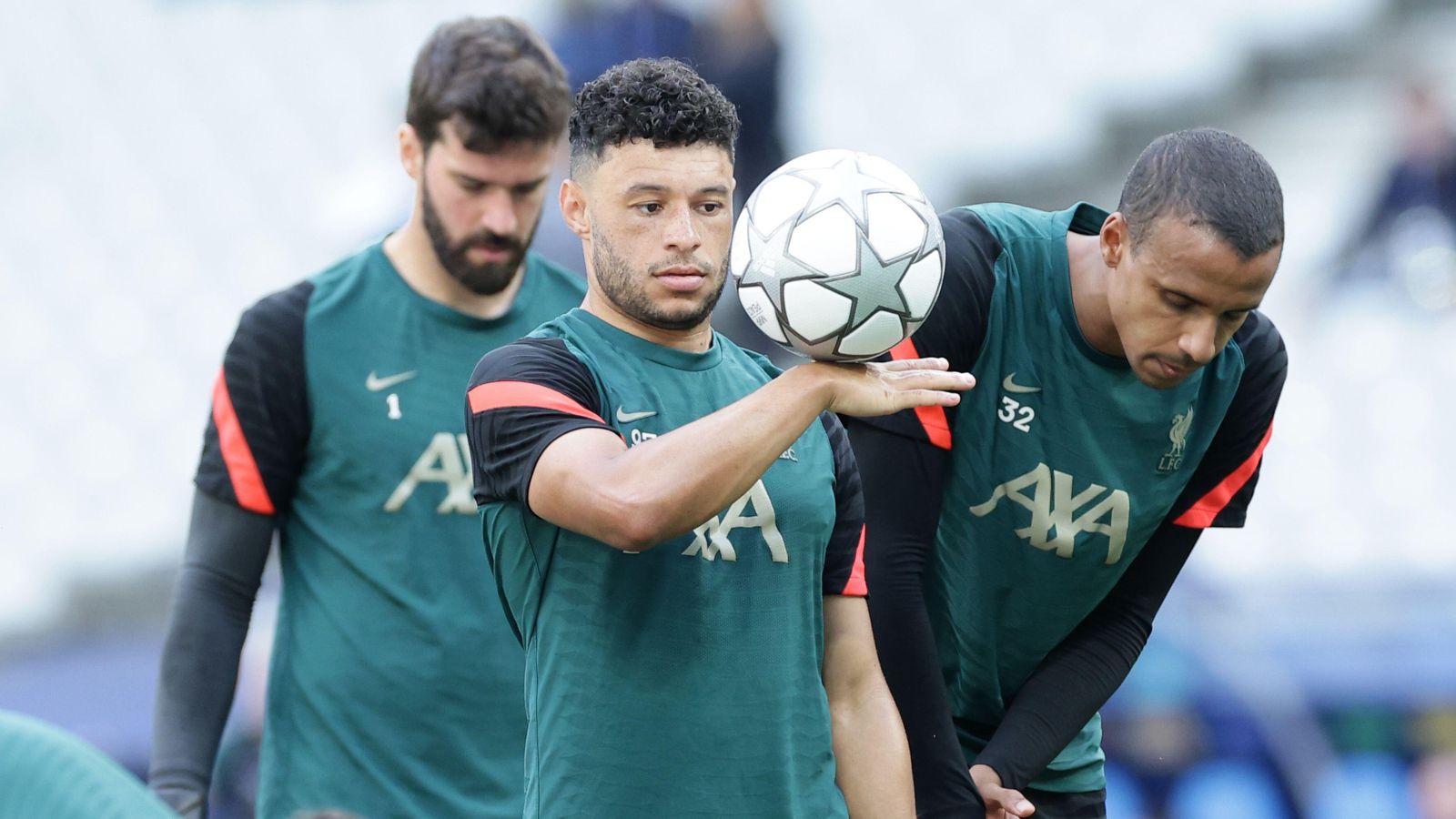 Liverpool don’t want to sell Alex Oxlade-Chamberlain this summer despite his lack of appearances last term, according to reports.

The England international contributed three goals and two assists in 29 appearances in all competitions last season as Liverpool had a brilliant campaign.

However, only nine of those appearances were Premier League starts and there have been rumours he could leave for more playing time.

West Ham and Aston Villa were said to be ‘on alert’ after Oxlade-Chamberlain was apparently put up for sale in May, while other reports insisted there was ‘surprise’ interest from arch-rival Manchester United in the midfielder.

However, a report last week insisted that Liverpool have no plans to bring in another midfielder this summer with Darwin Nunez, Fabio Carvalho and Calvin Ramsay set to be their only new signings this summer.

And the Liverpool Echo claim that means the Reds ‘currently have no plans to sell’ Oxlade-Chamberlain despite the 28-year-old entering the final 12 months of his contract.

Jurgen Klopp has put his pursuit of a new midfielder ‘on hold until summer 2023’ with reports claiming Jude Bellingham is his number one target.

Reacting to reports that Man Utd could buy Oxlade-Chamberlain this summer, former England goalkeeper Paul Robinson told Football Insider: “I can’t see it. I just cannot see how that deal could work. Why would Man United pay £10million for Oxlade-Chamberlain?

“It would not go down well if United pick up Liverpool’s fringe players. That is not where they want to be and not what they need to be doing if they want to start challenging again.

“I’m struggling to put words to it. I cannot see how that works for anybody.”

The Liverpool Echo adds that the Reds ‘will not allow Neco Williams to depart on loan this summer’ after a successful season at Fulham in the Championship last term.

Liverpool ‘currently have no intention of sanctioning another short-term exit’ for the Wales international with the Reds hoping to get £15m from interested parties.

Fulham and fellow newly-promoted side Nottingham Forest have both been linked with a transfer for Williams after Liverpool completed the £6.5m signing of Aberdeen right-back Ramsay.