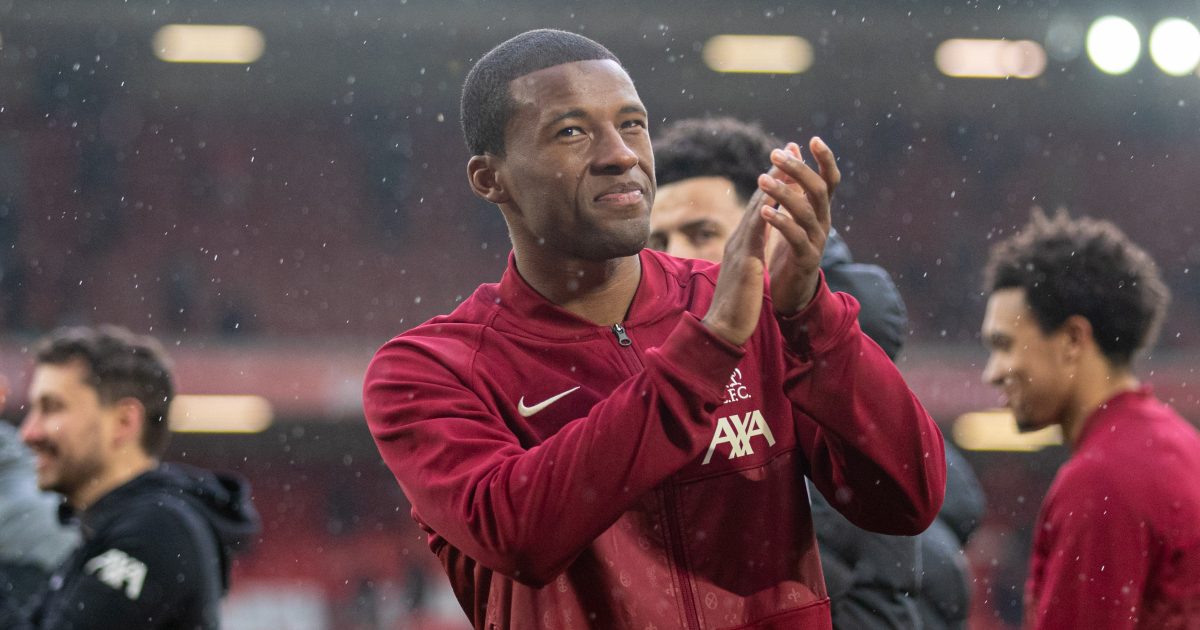 Liverpool are not targeting a new midfielder this summer even though Georginio Wijnaldum is leaving upon the expiry of his contract.

The 22-year-old from RB Leipzig has become the club’s second-most expensive defender after Virgil Van Dijk and could well become the first-choice partner for the Holland captain next season.

However, while Klopp has corrected a mistake from last summer, when he allowed Dejan Lovren to leave and went into the campaign with just three centre-backs – all of whom sustained season-ending injuries at various stages – he is not looking for reinforcements in midfield.

Instead, the PA news agency understands the club will focus their attention – and limited finances after a pandemic-affected year – on renewing the contracts of established stars Mohamed Salah, Van Dijk, Fabinho, Alisson Becker, Trent Alexander-Arnold and Andy Robertson.

Wijnaldum was the club’s most reliable player in that position last season, making 51 appearances, but with no agreement over a new deal his contract will expire next month and he bade farewell to Anfield in the final match of the season.

The Dutchman leaves a huge hole to fill but it is understood a replacement is not being considered as Klopp feels he has enough options in that area with Jordan Henderson, Fabinho, Thiago Alcantara, Naby Keita – providing he can overcome his fitness issues – Curtis Jones, Alex Oxlade-Chamberlain and veteran James Milner.

Klopp, who has been aware of Konate since he was at French side Sochaux before joining Leipzig in 2017, was delighted to have secured his priority target for the summer, having had to bring in Ozan Kabak on loan and Ben Davies on a cut-price deal from Preston in January only to finish the season with academy graduates Nat Phillips and Rhys Williams as his first-choice pair.

“After the problems we had with injuries in the centre-half position last season, there’s no doubt it was clear it was an area of the team we needed to strengthen – but I first have to say that the job Nat, Rhys and Ozan did was incredible. Unbelievable really,” he told liverpoolfc.com.

“He comes to us after playing more than 90 times for Leipzig in the Bundesliga and European football.

“I’m sure that number would have been more but for some injury, but even so that means he already has experience of what it takes to compete in two outstandingly difficult competitions.

“I am confident we are signing a player who can play for us right away, but he is a boy of 22 years of age who has room to improve because of his massive potential.

“I know that’s something he is eager to work on with us to become an even better player.”

Konate, who is with France preparing for the Under-21 European Championship, will officially join on July 1 subject to international clearance and a successful work permit application.

“I have worked very hard for many years to get to this point, but I would like to say a big thank you to everyone at RB Leipzig and all the people I worked with there – the coaches, my team-mates, the staff and especially the fans,” he said.

“It’s a really exciting moment for me and my family and I am really looking forward to meeting my new team-mates, the staff and getting started on this new chapter.”