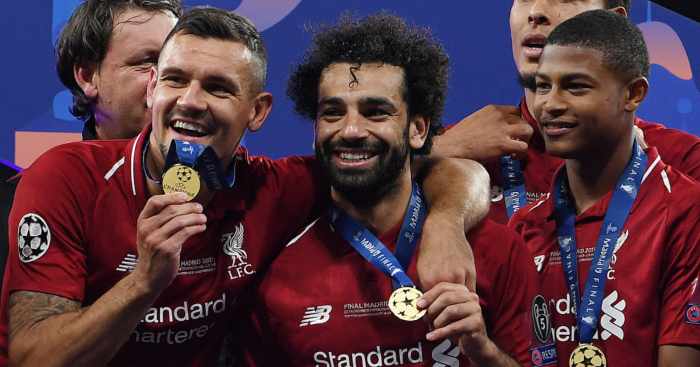 Liverpool are not interested in selling Dejan Lovren this summer, according to reports.

Lovren told beIN Sports this time last year that he saw himself as “one of the best defenders in the world” after reaching the Champions League final with Liverpool and the World Cup final with Croatia in the same campaign.

So why on earth would the Reds want to get rid of such a valuable defender? Well, they don’t as it turns out.

Sky Sports News claims that Liverpool are ‘not looking to sell’ Lovren and have ‘not set an asking price’ for the defender.

That comes after reports in Italy said that AC Milan were interested in the 29-year-old former Southampton defender, with the Serie A club looking at Lovren as one option to improve their defence.

Lovren made just 11 starts in the Premier League last term as Virgil van Dijk, Joel Matip and Joe Gomez all nudged ahead of him in the pecking order.