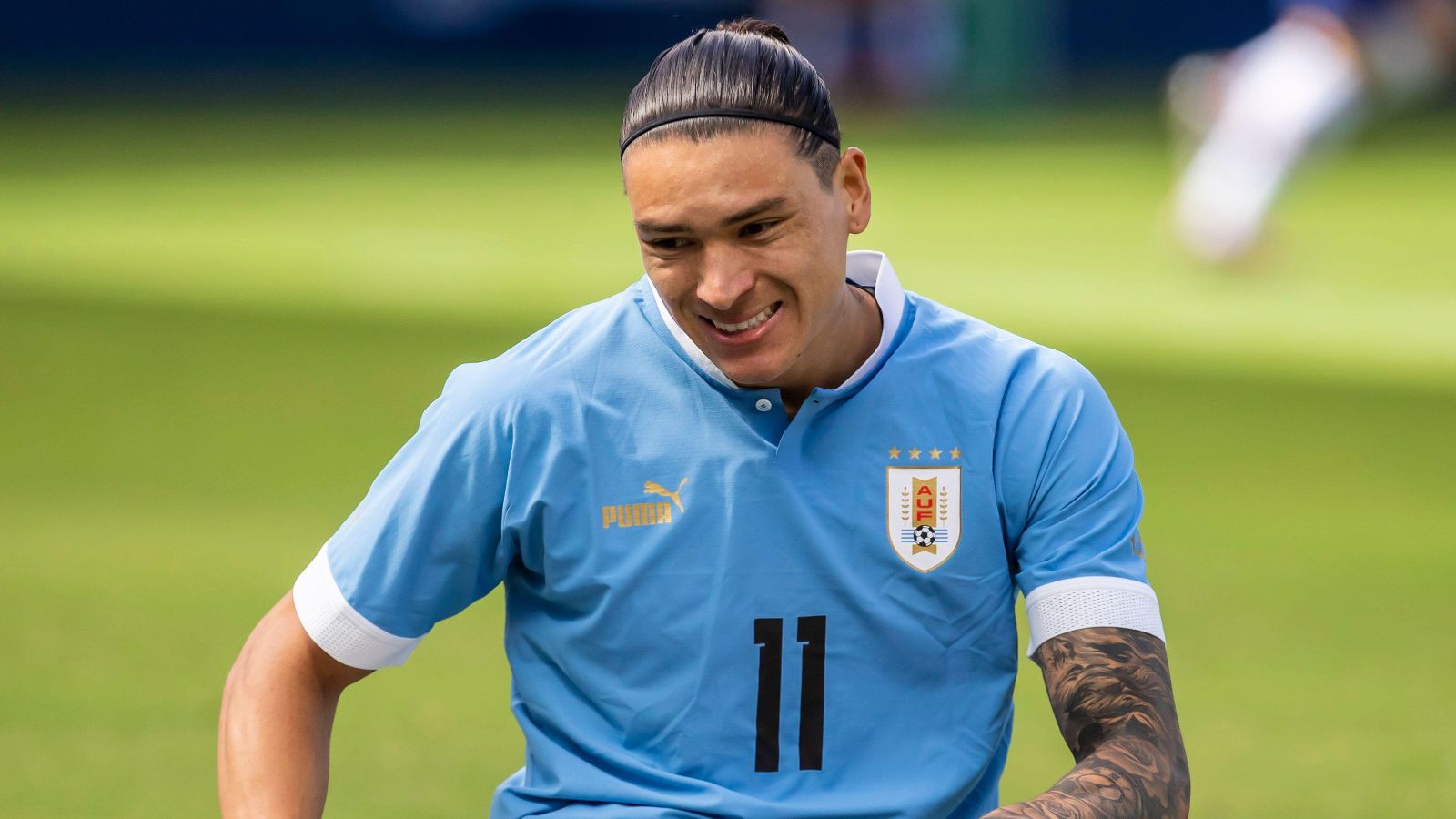 Liverpool have been told they are getting a hybrid of Edinson Cavani and Luis Suarez in new signing Darwin Nunez.

Benfica confirmed on Monday that they have agreed an £85m deal with the Reds, with £64m up front an the remaining £21m to come through easily achievable bonuses.

MAILBOX: Liverpool fans defend spending but it’s a hell of a risk for one-season Darwin Nunez

And the 22-year-old – who scored 34 goals in 41 games in all competitions last season – has been compared by his former coach at Penarol as a mix of Cavani and Suarez.

Leonard Ramos told La Pagina (via TEAMtalk): “He has a similar style to Cavani, but it seems to me that Darwin is faster and more powerful,” Leonardo Ramos said.

“He is much more explosive and apart from that explosiveness he obviously showed incredible goalscoring ability. He has two parts, he is half and half between Suarez and Cavani.

“He has the power that Suárez had to go for it all, to go to the clash and fight with the rival. And he also has the part of Cavani, of being a much more athletic player, more physical, more intelligent.

“I think he is a union of those two things.”

Meanwhile, in the wake of Liverpool’s move for Nunez, Simon Jordan has lauded Liverpool as “the better run football club” compared to Manchester City.

He told talkSPORT: “I don’t understand this argument that people get offended by, net spend is the end game. If you’re running a business it is all about what the business has cost you.

‘Since the summer of 2020 – after adding the signings of Erling Haaland and Darwin Nunez – the net spends of Manchester City and Liverpool are practically identical, with the Reds actually spending around £8m more; only Leeds have a higher net spend in the whole Premier League’.

That would rather ruin Jordan’s point though…

He added: “As a matter of fact, Guardiola spends £100 million a year net spend and Klopp spends £28 million, and they’re neck and neck.”

“Of course, if you want to run the arguments about how many trophies you get from it, well if you spend four times the amount of money, you would probably like to achieve four times the outcome.”

Guys, “for the love of God”, admire Liverpool.

He added: “It’s good business, Liverpool sold Coutinho for £142 million and they bought van Dijk and the goalkeeper (Alisson) with other people’s money.

“If Liverpool are able to sell players yet progress, for the love of God surely that is good and should be admired.”