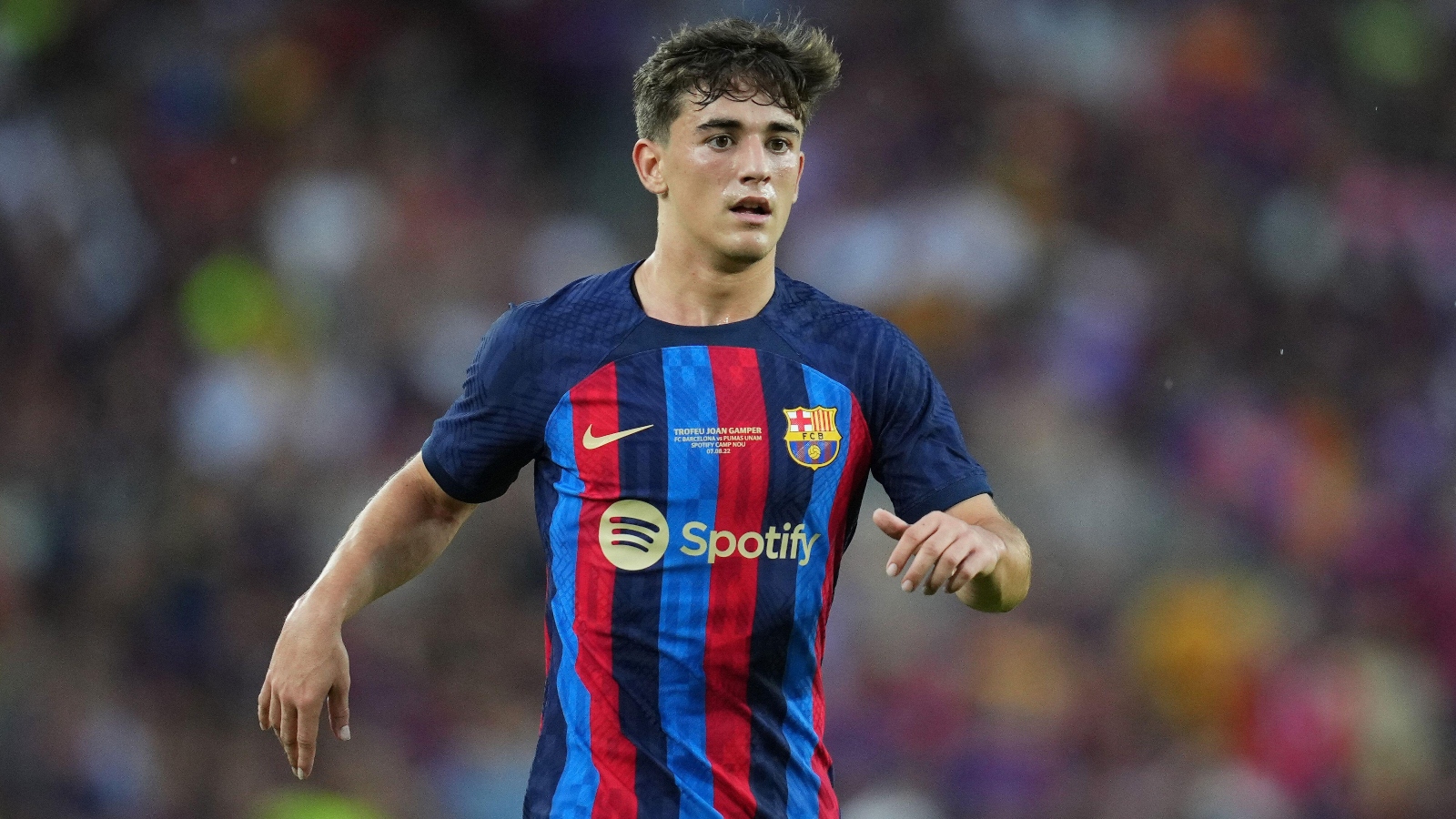 Liverpool reportedly made an offer to sign Barcelona star Gavi in the summer which was ‘even higher’ than that of Bayern Munich.

Paris Saint-Germain, as well as other unnamed English clubs, also attempted to land the 18-year-old, who has now committed his future to Barcelona.

MAILBOX: The campaign to save time-wasting starts here. And would an All-Star game really be so awful?

The La Liga side’s salary limit issue delayed the midfielder’s renewal but AS (via Sport Witness) now report that Gavi will sign his new contract on Thursday which runs to 2026 and includes a €1bn release clause.

The report claims Gavi’s agent, Ivan de la Pena, receieved a number of attractive offers from abroad but Gavi always wanted to stay with the Catalans.

Both Liverpool and Bayern Munich saw Gavi as an ‘ideal’ addition, with the Reds’ offer ‘even higher’ than the one presented by Bayern Munich.

With a move for Gavi now off the table, Liverpool may now focus entirely on Jude Bellingham, who has long-been linked with a move to Anfield.

It has been suggested that the club’s reticence to sign a midfielder this summer was due to their willingness to wait to land the England international next summer.

In the end they made a late move for Arthur Melo from Juventus, and although they have an option to make his loan permanent, it’s believed he is likely to be a stopgap before the Reds capture a long-term target in a year’s time.

Writing in his Caught Offside column, Fabrizio Romano has told fans to “get ready” for the “crazy” transfer saga next summer, with Liverpool one of many sides interested.

“It’s not about the price, they [Dortmund] just didn’t want to sell this summer. They will also try to keep him in summer 2023, but next summer it’s going to be a crazy, crazy race.

“My sources tell me – get ready.

“The Bellingham race will be between many top clubs, it will be similar to the Erling Haaland race.

“Liverpool need a new midfielder, so they will try, for sure. Real Madrid are also looking for midfielders, they’ve been following Bellingham for a long time.

“In England, Man City and Man United have also been following him for a long time.”