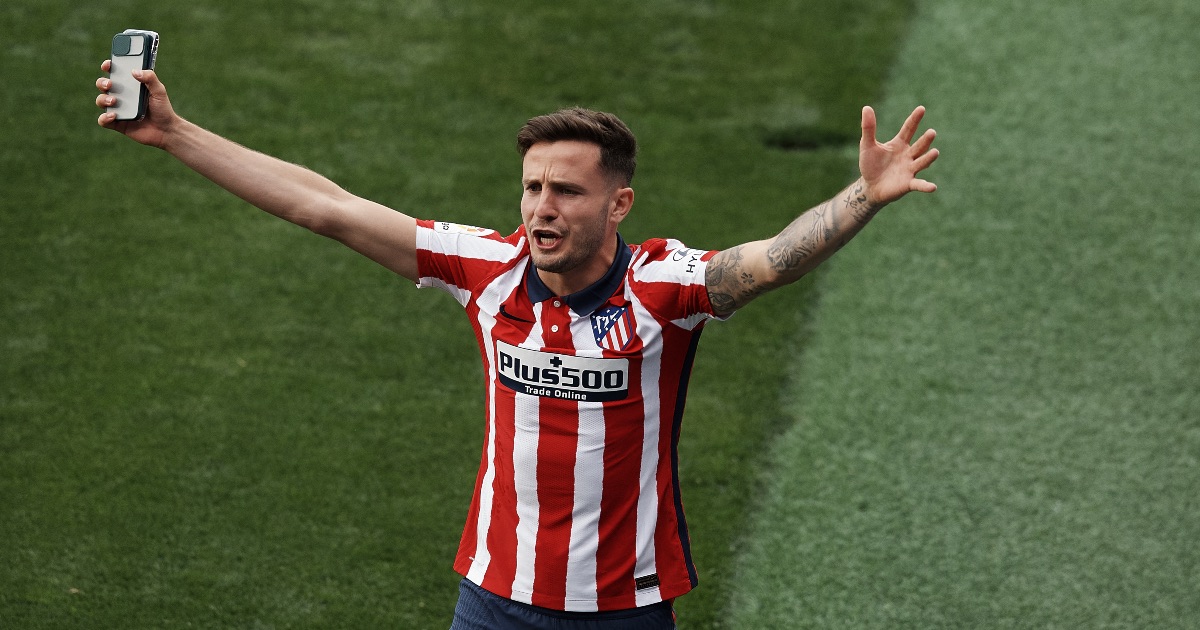 Liverpool could reportedly offer up one of Divock Origi or Xherdan Shaqiri in their bid to land Saul Niguez from Atletico Madrid this summer.

Diego Simeone is said to be willing to listen to offers for the Spanish midfielder, with Barcelona also rumoured to be interested.

Mundo Deportivo claim that Liverpool have had an opening bid of £34million rejected for the 26-year-old, with Atletico holding out for £42million.

READ MORE: Tielemans could be the ‘heartbeat’ amid Liverpool uncertainty

Jurgen Klopp is looking for a replacement for Georginio Wijnaldum, who left for Paris Saint-Germain on a free transfer.

A number of names have been linked, including Youri Tielemans (who would be perfect), but Saul’s name appears to be cropping up more than most.

The midfielder has been a key cog in Simeone’s side for a number of years, making 337 appearances, scoring 43 goals in the process.

But the box-to-box star played a limited role in their title-winning campaign last term and is keen to move on for more regular game time.

With Atletico holding out for more money – the sort of cash Liverpool may be unable to stretch to – the Express claim transfer chief Michael Edwards may look to put a player-plus-cash deal on the table involving one of Origi or Shaqiri.

Origi has spent much of his Anfield career as an impact substitute, with the highly lauded front three of Sadio Mane, Mohamed Salah and Roberto Firmino blocking his path to a first team starting spot.

And the arrival of Diogo Jota last summer has pushed him even further down the pecking order.

Should Atletico want more of a like-for-like replacement for Saul, Shaqiri may be a more viable option.

The playmaker enjoyed an excellent Euro 2020 campaign for the Swiss but looks set to find his opportunites limited under Klopp, who again used him sparingly in the Premier League last season.

Another player linked with a move to Anfield is Netherlands starlet Donyell Malen.

But the 22-year-old – who scored 27 goals for PSV last season – looks set to join Borussia Dortmund this summer as a direct replacement for Jadon Sancho having ‘agreed terms’ with the Bundesliga side.