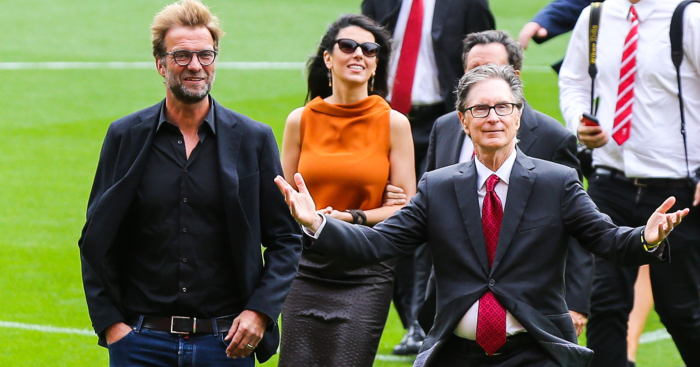 John W Henry has pinpointed the qualities of Jurgen Klopp that have led Liverpool to the Champions League final this weekend.

The Reds will take on Real Madrid in the club’s first Champions League final under FSG ownership.

Henry took over at Anfield in 2010 before appointing Klopp when Brendan Rodgers was fired in October 2015.

“It took (then technical director) Michael Edwards winning more and more of the battles internally to get us to the point that when we met with Jurgen he said, ‘I really want to coach this group. This will be fun,’” Henry told The Associated Press.

“He has done a tremendous job getting us into this position.

“He has been just as effective in inspiring not just our players but everyone who loves this club. He is an inspired, natural leader who is sensitive to what some might see as small things, but are very important over the long term.”

Henry feels Liverpool’s fans have played their part in getting their team to Kiev where they will meet Real Madrid on Saturday.

“On European nights I felt like the supporters at Anfield pushed the club past opponents to the point that we were just unbeatable on those nights,” Henry said.

“On away nights the resolve and effort of this group of highly talented players got us to the finals.

“Being in the final is a reflection of the incredible support this club gets at Anfield and the ability (of) Jurgen and the entire staff to put our players in the position to be successful. You can do all of that but the players have to step up and they have.”