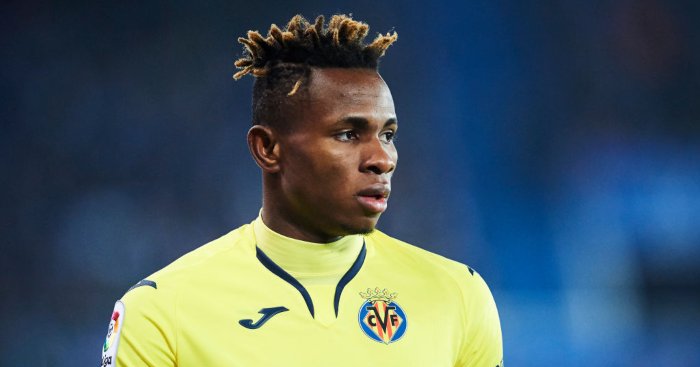 Liverpool will have to pay €65m if they want to land Villarreal winger Samuel Chukwueze in the summer, according to reports.

The Nigeria international is enjoying his second season in La Liga after his breakout campaign last term.

He grabbed five goals and two assists in 26 league appearances in 2018/19 and is on track to match or better that tally this season with three goals and one assist.

Chukwueze‘s impressive performances for Villarreal at 20 years old have alerted a number of big clubs around Europe, with Liverpool one of those to reportedly show an interest.

The report adds that Liverpool made a €35m offer in the January transfer window for the winger but the Spanish side rejected it.

Chukwueze has a release clause set in his contract at €65m and Villarreal aren’t willing to accept anything less for the youngster.

France Football adds that Jurgen Klopp has ‘no real solution to make up for a possible absence of Mohamed Salah’ and that’s why Chukwueze is being targeted.