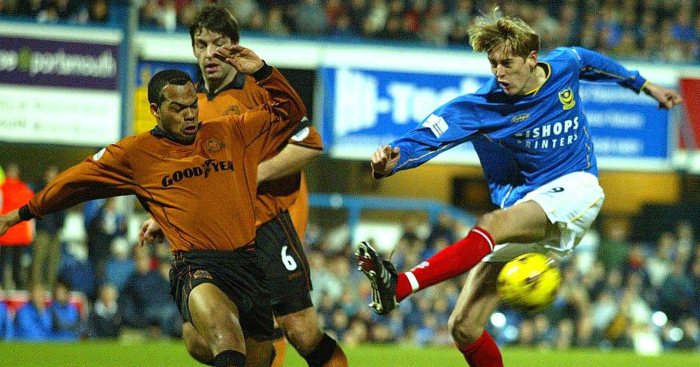 Former Liverpool striker Peter Crouch admits the only footballer that ever truly scared him was ex-Wolves defender Kevin Muscat.

Muscat played for Wolves, Crystal Palace, Rangers and Millwall during a nine-year spell in the UK before heading back to Australia where he joined Melbourne Victory 2011.

Crouch will have no doubt come up against some unsavoury characters during his long playing days but nobody frightened him like Muscat.

MAILBOX: Why are we ‘swooning’ over Arteta when Solskjaer is better?

When asked if any player ever scared him, Crouch told That Peter Crouch Podcast: “Kevin Muscat scared me.

“You know people would say ‘I’m going to break your legs’ – when he would say it, you genuinely believed him.”

Crouch also recently revealed that that both Liverpool and Nottingham Forest wanted to sign Gareth Bale before he burst on to the scene with Tottenham.

He told the Daily Mail: “When I was at Southampton there was a buzz about two kids at the Academy — Theo Walcott and Gareth Bale. We heard all sorts of positive reports and I knew there was interest from Liverpool about signing Gareth in the summer of 2007.

“Our paths did not cross for another couple of years, until we were together at Tottenham. The young lad I saw initially had some confidence issues and had not enjoyed playing at left back. The talk was that he was going to go to Nottingham Forest for £2million.

“Then, though, he started to find his feet. He got faster, stronger. His confidence began to grow and gradually all those special things we had been told about when he was a kid started to come true.”