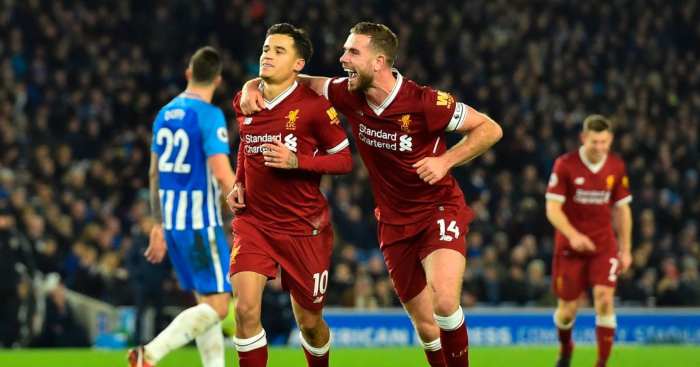 Former Liverpool playmaker Philippe Coutinho is keen on a return to the Premier League, according to his agent Kia Joorachian.

Coutinho has spent this season on loan at Bayern Munich – who hammered Fortuna Dusseldorf on Saturday 5-0 – after struggling to settle in at Barcelona, but the German club have confirmed they will not be purchasing him outright.

That decision has led Coutinho to set his sights towards the Premier League once more, where he previously enjoyed a successful spell with Liverpool, with his agent confirming his wish.

MEDIAWATCH: Kai Havertz to Man United brings out the nonsense…

“He has a desire to come back to the Premier League at some point,” Joorabchian told Sky Sports.

A number of Premier League clubs have been linked with the Brazilian and Barcelona are reportedly willing to facilitate a second successive loan move.

Spanish publication Mundo Deportivo claimed over the weekend that the Catalan giants would ask for a loan fee of at least €10m with the interested party required to stump up his £250,000 a week wages in full.

“I have never heard those figures. None of these numbers have ever been discussed.”