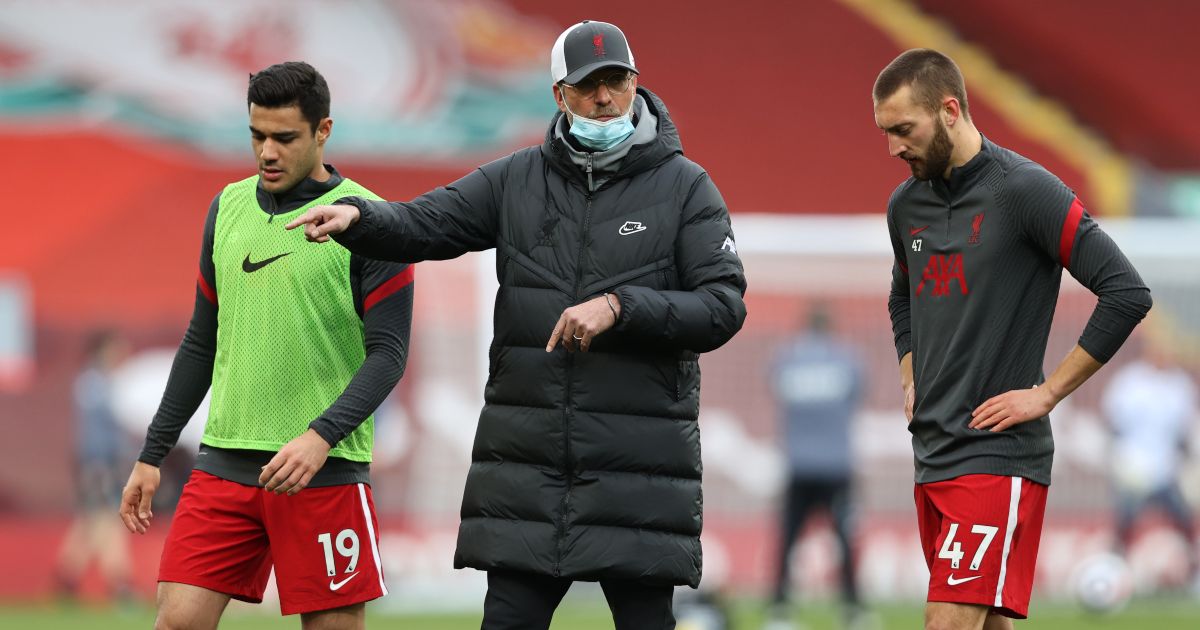 Liverpool have made a decision on the future of Ozan Kabak while they have delayed making a decision on Nat Phillips after edging closer to signing RB Leipzig defender Ibrahima Konate.

Respected journalist Fabrizio Romano broke the news on Tuesday that Konate had completed a medical ahead of a move to Liverpool, with the France under-21 international set to be confirmed in the coming days.

Konate will boost the Reds numbers in defence after they were caught short this season with long-term injuries to Virgil van Dijk, Joe Gomez and more recently, Joel Matip.

Jurgen Klopp brought in Kabak on loan from Schalke and Ben Davies from Preston in the January transfer window as he looked to avoid a further injury crisis.

Midfielders Fabinho and Jordan Henderson both played at centre-back at some point during the season, while Rhys Williams and Phillips performed well when called upon.

Williams and Phillips has been the partnership favoured by the Liverpool boss in recent weeks as the Reds secured a third-placed finish on the last day of the season.

However, while reporting on the Konate deal, The Athletic claim that Liverpool ‘do not intend to keep Ozan Kabak at the club’ while a ‘decision on the future’ of Phillips ‘as not yet been made’.

Despite having the option to make Kabak’s deal permanent for £18m in the summer, the Reds ‘have decided against such a plan’.

It is understood that the Turkey international is already ‘speaking to other clubs, having attracted the interest of Leipzig‘ despite hoping to ‘to stay at Anfield on a permanent basis after relishing the opportunity to work with Klopp in recent months’.

Speaking in Liverpool’s official programme, Kabak recently expressed his gratitude for everything he had experienced during his time at Anfield.

Kabak said: “Everything that I have experienced in Turkey, Germany and England, having played for four different teams and the experience of being part of the Turkish national team too, have all been and continue to be very valuable to me.

“Therefore I think one must always keep improving. I talk with my coaches about the things that I should improve and I try to apply their advice.

“I think in life, whatever it is that you are doing, if you focus on being one of the best then you are going to have more chances of reaching the top.”