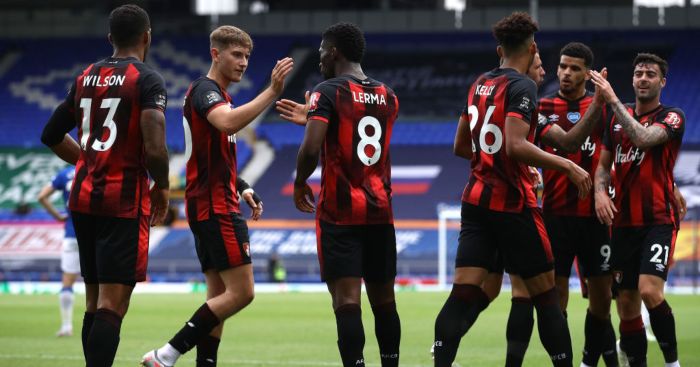 The Sun claim Jurgen Klopp thinks wide man Brooks would be a great addition to his Liverpool squad.

Brooks was a £10m signing from Sheffield United in July 2018. He had a successful first season with the Cherries, but last term he missed the majority of the season with an ankle problem.

The 23-year-old did though appear nine times after the Premier League restart, scoring against Man City as Bournemouth just failed to stay up.

Klopp is believed to be looking to add more depth to his squad after the departure of Adam Lallana.

Winger Xherdan Shaqiri is also likely to leave, leaving Klopp with space in his squad.

Klopp last month highlighted the problems the club face in the transfer window.

“I am happy with my squad 100%. I was last year when people wanted us to sign him and him but because of our reasons we did not do it,” said Klopp.

“It’s not that we don’t want to, we try to make the right decisions constantly and then COVID came. The situation changed and not for the better.”

“It’s not that we think we cannot improve with transfers, we do what is right for us and what we are able to do, that’s all.”