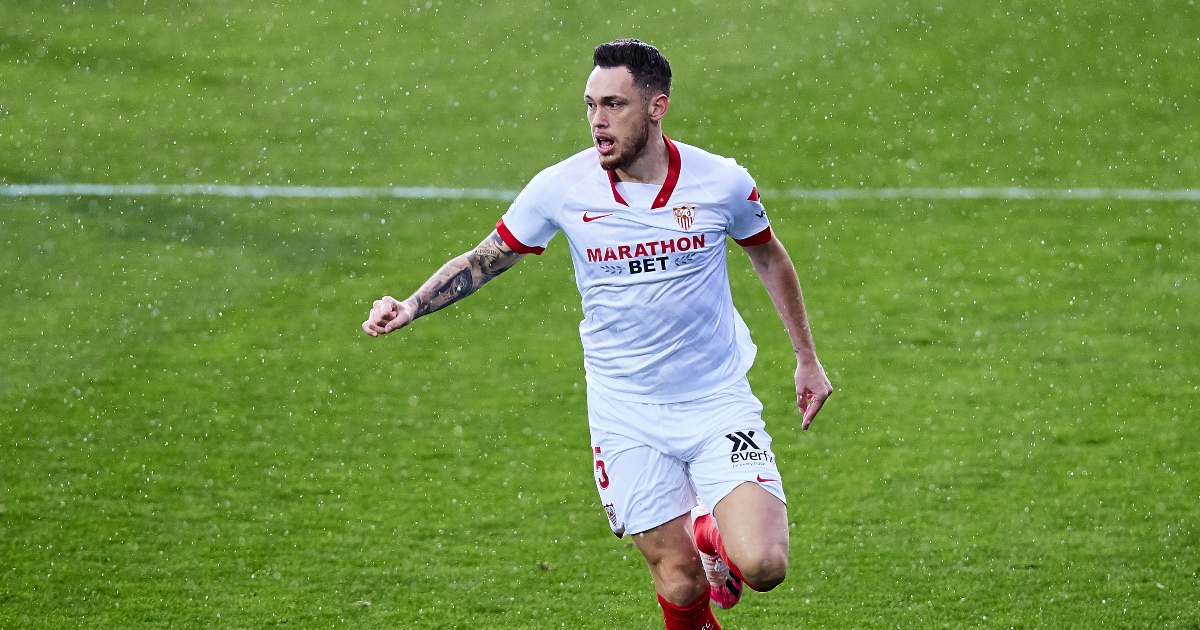 Liverpool are planning to use Takumi Minamino as a bargaining chip in their pursuit of Sevilla’s Lucas Ocampos, according to reports.

The Reds are interested in signing the Argentina international this summer to improve their forward line.

They have been told to pay £56million for the winger and are now looking at alternative ways of signing the player.

F365 Says: Leicester keep on keeping on in a league gone mad

According to La Razon (via Daily Express), Liverpool are hoping to sign Ocampos by using Minamino in a player-plus-cash deal.

The move would see the Ocampos leave Spain with Minamino going in the other direction.

Ocampos is thought to have impressed Liverpool scouts in recent seasons.

He helped Sevilla to win the Europa League last season and scored 17 goals in all competitions.

Ocampos has registered eight goal contributions in La Liga this term and is an integral player for the Spanish side.

They’re reluctant to sell one of their star players for anything less than £56million.

That means Minamino might be used as a makeweight to reduce the transfer fee.

Minamino has endured a tough first year at Anfield since joining from Red Bull Salzburg.

He’s looked out of his depth at times in both the Premier League and Champions League.

However, he’s been brilliant since joining Southampton on loan in January.

Minamino has scored two goals in his first three matches since the switch to St Mary’s.

That includes the opener in Saints’ 1-1 draw with Chelsea on Saturday which ended their losing run.

Minamino is getting used to the top flight this season, so it would be a surprise if Liverpool were to sell him.

The Japanese international looks set to be an important player for the future. Club officials see him as a potential long term replacement for Sadio Mane at left wing.