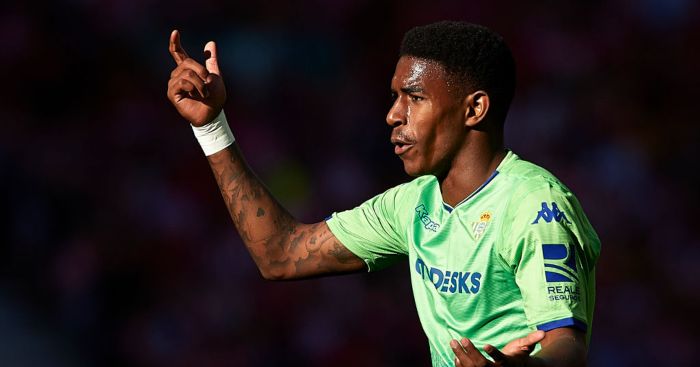 Liverpool are ‘betting more strongly’ than anyone for the services of Real Betis left-back Junior Firpo.

Firpo has emerged as an unlikely target for Liverpool after Alberto Moreno’s Anfield contract expired this summer.

Jurgen Klopp was said to be ‘relaxed’ about the rumours of a €50m move for the 22-year-old, who would provide competition for Andy Robertson.

But Mucho Deporte suggest the European champions are ‘betting more strongly’ than any other side for the Brazilian as they look for their second signing of the summer.

Liverpool ‘know that to achieve the transfer’ they must offer ‘at least’ €30m, which equates to roughly £26.9m.

But they will also ‘play the trick’ of offering Divock Origi in part-exchange, even though Betis ‘prefers all the amount of the transfer in money’.