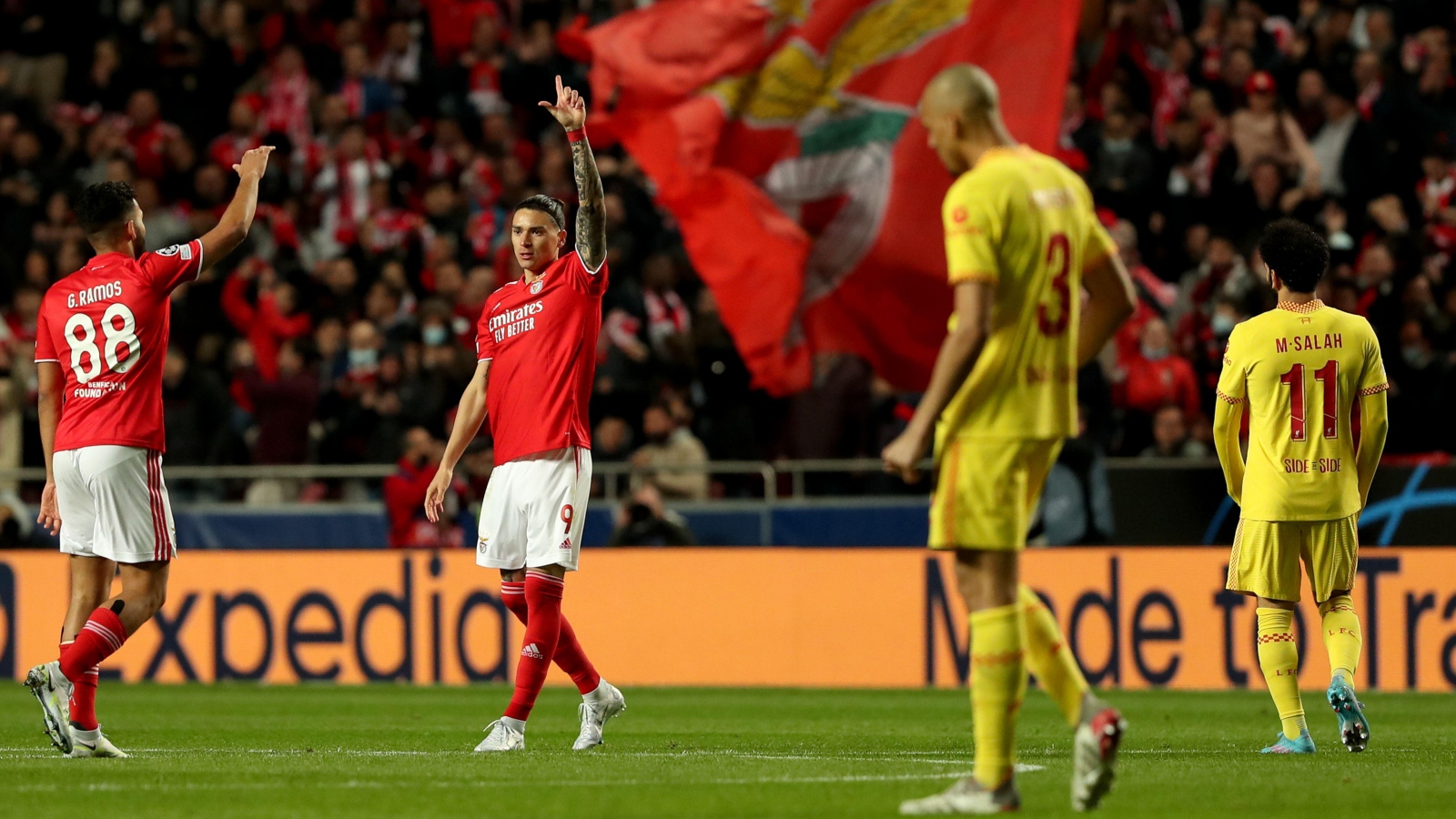 Liverpool players were reportedly ‘convinced’ by Benfica forward Darwin Nunez’s performance against the Reds on Tuesday.

The Uruguayan striker has been linked with a move to the Premier League due to his terrific form this season.

He has scored 28 goals in 35 appearances across all competitions this term as Benfica sit third in the Portuguese top flight.

Nunez played 90 minutes against Liverpool as his side fell to a 3-1 home defeat in the first leg of their Champions League quarter-final.

The 22-year-old was a constant threat throughout, finding the back of the net in the 49th minute. Furthermore, his goal in the last 16 against Ajax was the difference in that tie.

Tottenham, Arsenal, Newcastle and Manchester United have all been linked with Nunez; however, Liverpool could be in the mix after being impressed by the youngster’s performance on Tuesday night.

Portuguese newspaper Record (via Sport Witness) say the Uruguayan led ‘those in charge and even players’ at Anfield to be ‘convinced’ by him.

Reds forward Mohamed Salah apparently spoke to Benfica’s Adel Taarabt after the game saying that he was impressed by Nunez.

Elsewhere, Jamie Carragher has told Peter Schmeichel to “behave” after the former Manchester United goalkeeper predicted that Bayern Munich would beat Liverpool in the semi-finals of the Champions League.

Neither Liverpool or Bayern are through to that stage yet with the Reds winning the first leg of their quarter-final, while Bayern were beaten 1-0 by Villarreal in their first leg.

Speaking before the midweek matches, Schmeichel said on CBS Sports: “Bayern and Liverpool will play (in the semi-finals). I think Bayern will beat them.”

“Oh, behave,” interrupted Carragher. While all the other pundits fell about laughing, Carragher added: “No, no. You need to start behaving. Honest to God. What are you talking about?”

But Schmeichel defended his prediction, he said: “A Bayern v Real Madrid final. I tell you why. Too much is going on between Liverpool and Man City. Too much pressure. Real Madrid and Bayern are so far ahead in their leagues. They can rest players and prepare for this. Man City and Liverpool can’t.”