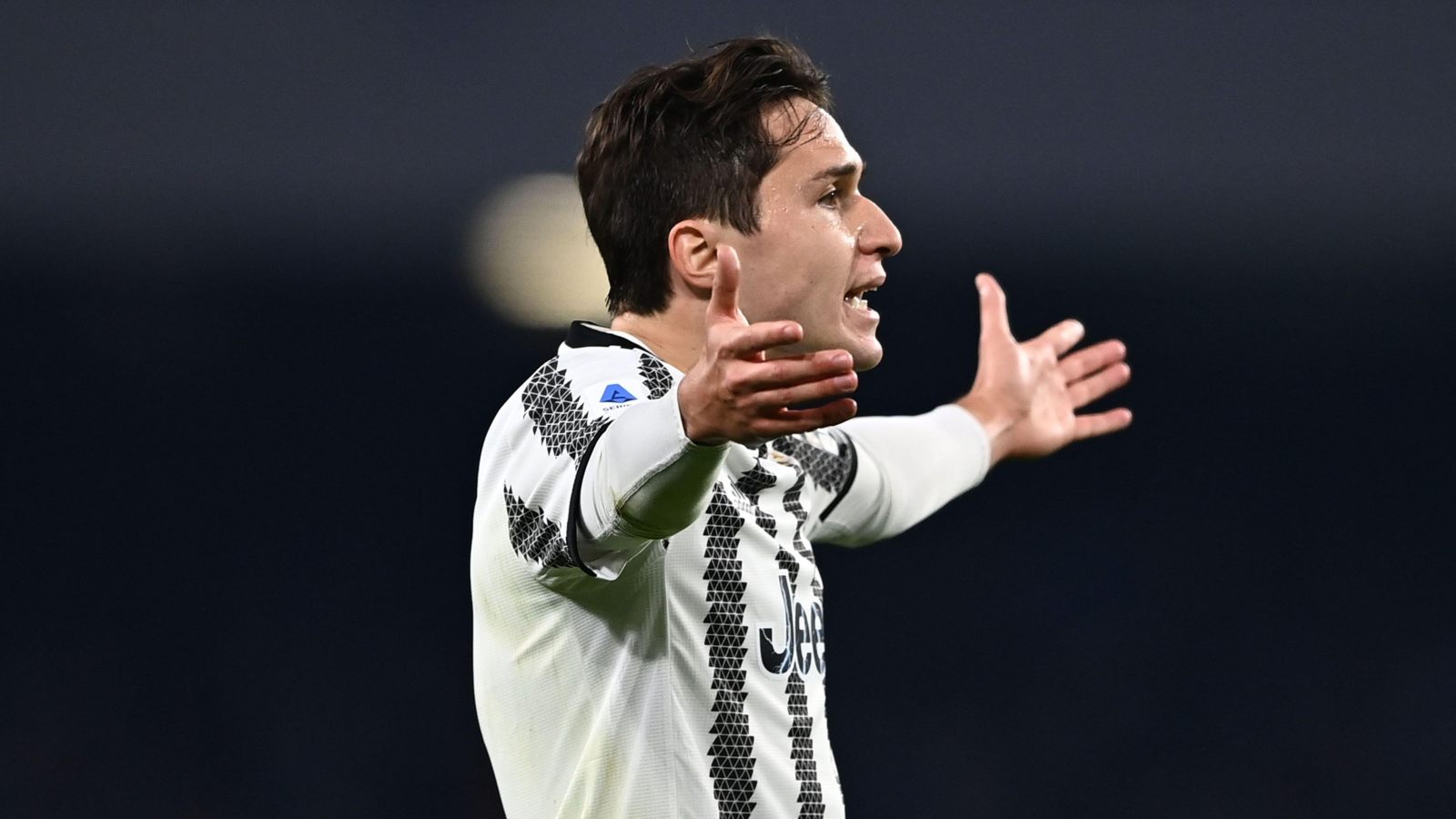 Liverpool are reportedly interested in signing Juventus attacker Federico Chiesa in the coming months as they consider selling Mohamed Salah.

The Reds have struggled this season as they currently find themselves around the mid-table places in the Premier League.

Several of their players have suffered a dip in form after they challenged Manchester City for the Premier League title in 2021/22. Salah is among them as he has not been as effective this term compared to his usual lofty standards.

The forward was linked with a move away last year before he signed a contract extension. His previous deal was due to expire in 2023 but he is now under contract until 2025.

Salah has grabbed seven goals and four assists in the Premier League from his 19 appearances and Calciomercato are reporting that Jurgen Klopp has ‘not been fully convinced’ by the Liverpool star this season.

The forward’s recent performances are not driving Klopp ‘crazy with joy’ and Liverpool are ‘seriously considering’ selling him while his value remains high.

Ligue 1 giants PSG are mentioned as a potential destination for Salah with ‘no less than €80m needed to find an agreement’ with Liverpool.

The report suggests that this money will help Liverpool sign Chiesa, with Klopp already ‘deciding’ that he wants to ‘snatch’ him from Serie A giants Juventus.

They add that Chiesa ‘might not disdain such an appetizing destination’ and it is predicted that a bid of €60m would be required to tempt Juventus into a sale. Though it is stated that ‘a few more guarantees would be needed’ to get the deal over the line.

Calciomercato also note that Liverpool and Juventus have a ‘good working relationship’ after the English side signed Arthur Melo on loan last year. This could lead to a ‘rather rapid opening’ of discussions.

Chiesa shone for Italy as they won the European Championships in 2021 but his career was recently put on hold due to an anterior cruciate ligament injury. He returned to full fitness for Juventus in November 2022.

The 25-year-old is currently being eased back into action and he has been involved in three goals in eight outings since making his return.

Calciomercato often come out with some pretty outlandish claims, and this report is full of them.

There is no doubt that Chiesa is a brilliant talent and he could well end up moving to the Premier League sooner rather than later given Juventus’ financial troubles and recent points deduction.

But Liverpool are well covered in that area of the pitch and even though his form has dipped this season, it is hard to see them being willing to let Salah leave so soon after he penned an extension.