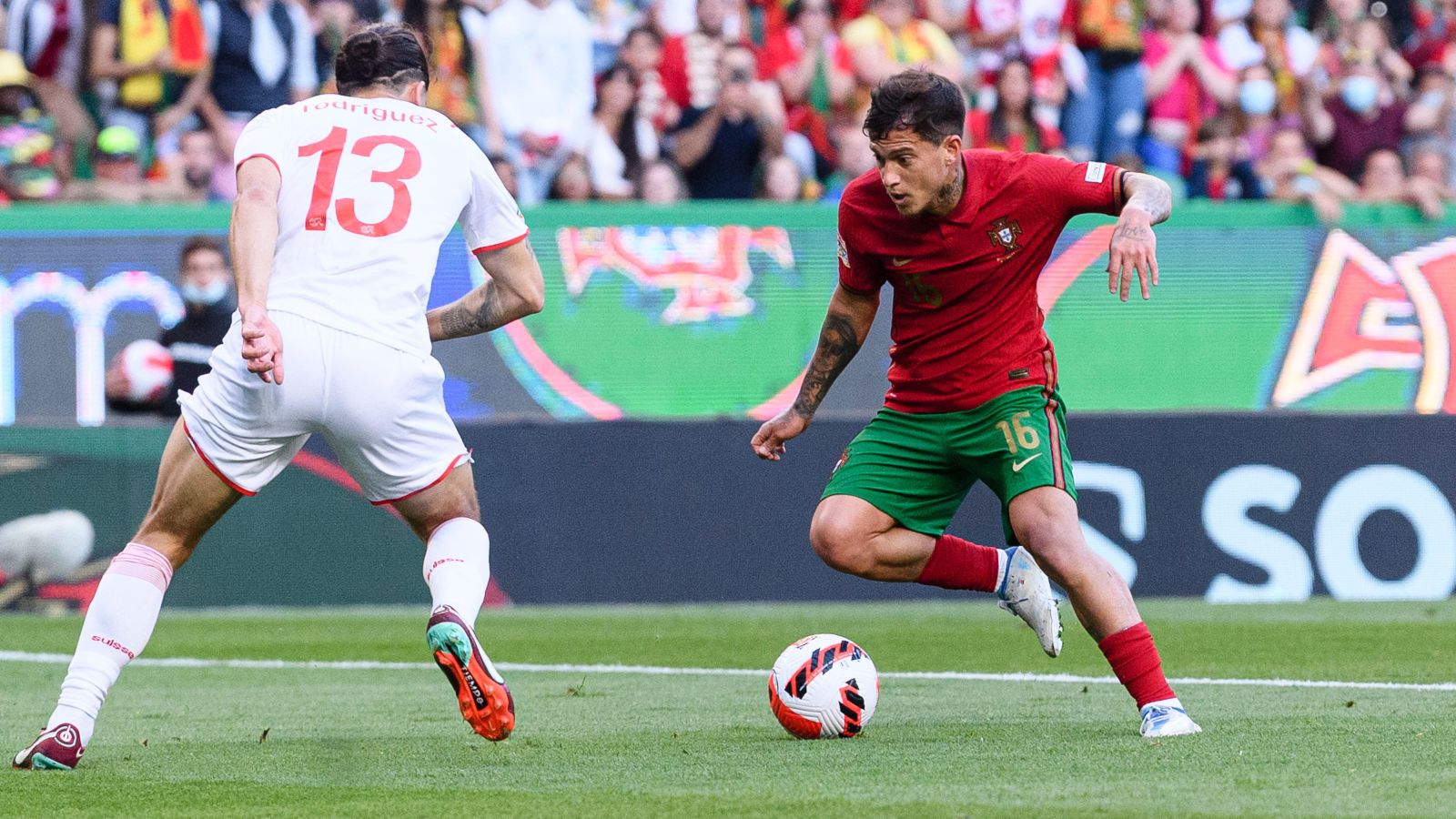 Liverpool and Porto have denied that any negotiations have taken place over a potential transfer involving Otavio, according to transfer expert Fabrizio Romano.

The Brazil-born Portugal international has caught the attention of a number of clubs after impressing for Portuguese champions Porto last season.

Otavio contributed three goals and 11 assists in the Primeira Liga and has now earned seven caps for Portugal after becoming a Portuguese citizen in March 2021.

And the Daily Mirror claimed over the weekend that ‘Porto expect Liverpool to firm up their interest in winger Otavio this week after rejecting £26million bid from Leeds’.

The report suggested that Liverpool were set to make an ‘official offer of around £34m’ in a ‘pivotal week for the player’s future’ with Leeds ‘also expected to come back with a bigger offer this week’.

But that has been completely dismissed by Italian journalist Romano, who insists that Liverpool and Porto ‘deny all the stories about Otavio deal’.

Romano adds that ‘there are no negotiations ongoing’ between the two clubs, who agreed a deal in January that saw Luis Diaz move to Liverpool.

Otavio’s release clause is also said to be ‘€40m and not €60m’ as reported with Romano continuing by saying ‘Otavio and [Georginio] Wijnaldum are not in the list for Liverpool as things stand – still long market, but no talks for these two.’

Both Liverpool and Porto deny all the stories about Otávio deal. There are no negotiations ongoing – also, the release clause is €40m and not €60m. 🔴 #LFC

Otávio and Wijnaldum are not in the list for Liverpool as things stand – still long market, but no talks for these two.

Leicester City, West Ham, Wolves and Everton have all been linked with a move for Wijnaldum while there have been murmurings on social media about a possible return to Anfield.

The Netherlands international was limited to just 22 starts in all competitions for Paris Saint-Germain last campaign and there are now rumours he could already depart France.

Speaking back in March, Wijnaldum’s compatriot Rafael van der Vaart claimed that the midfielder “made a mistake” leaving Liverpool for PSG on a free transfer last summer.

“Wijnaldum made a mistake in choosing PSG,” Van der Vaart said. “Meanwhile, [Steven] Berghuis made an excellent choice choosing to move from Feyenoord to Ajax.

“Now Wijnaldum will understand why making the right choice is so important.”