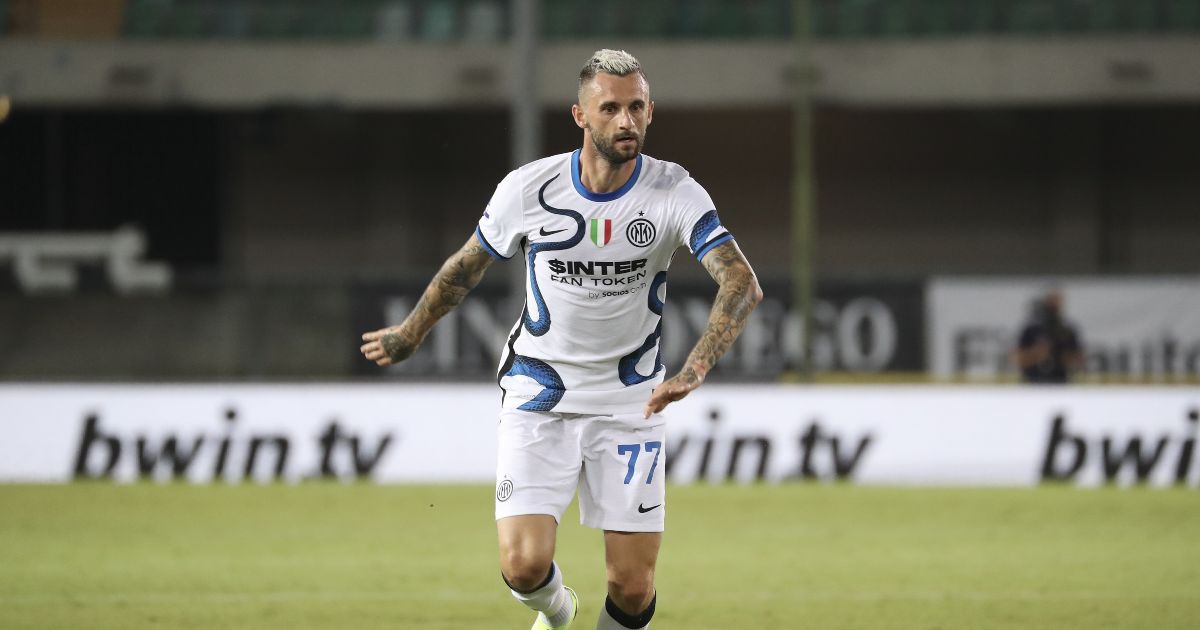 Liverpool are about to step up their attempts to sign Inter Milan midfielder Marcelo Brozovic, according to reports in Italy.

A report at the beginning of July insisted that Manchester United and Tottenham were battling it out for the Croatian’s signature, while there have been multiple reports linking the 28-year-old with a move to Anfield.

Inter have raised funds this summer through an ‘essential sale’ that has seen Romelu Lukaku and Achraf Hakimi leave for a combined fee of around £150m.

With his contract expiring next summer, Brozovic was one player tipped to leave this summer but that has so far failed to materialise.

But Liverpool could reportedly make an effort to tempt the midfielder to move to Anfield if he fails to sign a new deal at the San Siro.

Inter Live claims that Brozovic is ‘waiting to renew’ his contract with the Nerazzurri but the report insists that ‘something could drastically change’.

It is claimed that the Inter board ‘will try everything to renew’ Brozovic’s contract after proving in their first two Serie A matches against Genoa and Verona that he remains one of their most important players.

Inter want him to agree a deal on €5m (£4.3m) a season once the transfer window closes but the report adds that ‘something could go wrong considering the foreign temptations’.

Liverpool are ‘ready to guarantee him up to €7m (£6m) net per season’ with Jurgen Klopp believed to be a big fan of his.

With the possibility that they could sign him on a free next summer, Liverpool are ‘ready to get serious in case the renewal with Inter does not arrive’.

Meanwhile, Trent Alexander-Arnold will take the positives the Reds’ 1-1 draw against Chelsea on Saturday despite playing the whole second half against ten men.

When asked whether the overwhelming emotion after the draw was one of disappointment, he told Liverpool’s official website: “Yeah, it has to be really. At Anfield, [Chelsea] playing half the game with 10 men, it has to be, no matter who you’re playing against. It’s disappointing to come away with only a point.

“There were a few positives to take out of it. We stopped them from really doing what they wanted to do. I think in the first half when it was 11 v 11, they didn’t create too many chances.

“We pressed really well, stopped them from doing what they wanted and dominating the game in the midfield. But at the end of the day, there was a lack of creativity out there.”