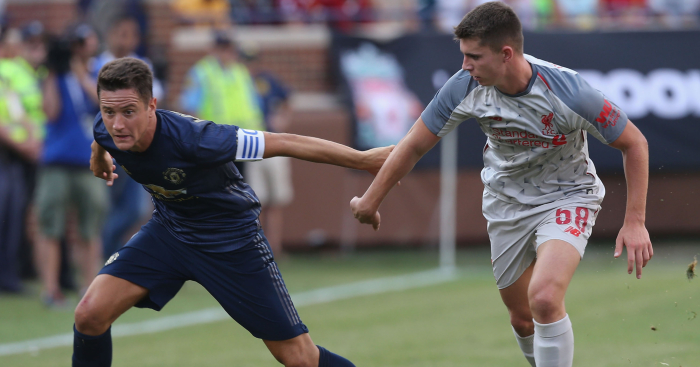 Sheffield United have announced the signing of Liverpool forward Ben Woodburn on a season-long loan deal.

Woodburn, who became the Reds’ youngest-ever scorer when he netted in an EFL Cup win against Leeds aged 17 in November 2016, has made 11 appearances for the club and also played seven times and scored one goal for Wales.

Blades boss Chris Wilder said of the 18-year-old on the Championship outfit’s official website: “Ben is a great signing for us, he is an exciting player with undoubted quality.

“He’s been involved with Liverpool throughout their pre-season and I’m delighted they’ve trusted us with one of their outstanding young prospects, who is a full international as a teenager.

“It’s his first loan move and I’m sure it will be a great one for all parties. He makes goals and scores goals with both feet, he can play in a couple of attacking positions and gives us flexibility at the top of the pitch.”