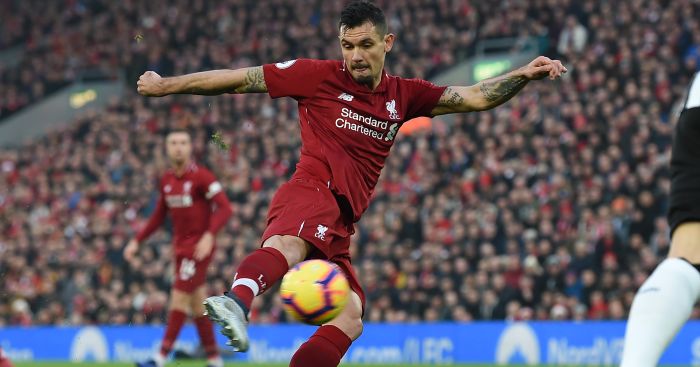 AC Milan will look to make a bid for Liverpool defender Dejan Lovren after appointing a new manager, according to reports.

Liverpool are understood to be only interested in ‘minor tweaks’ to their squad this summer with a few squad players coming and going.

Sky in Italy claims that AC Milan are interested in the Croatia international despite not yet making a formal offer.

They will instead wait until Sampdoria boss Marco Giampaolo is in place as their replacement for Gennaro Gattuso – who left his role as head coach recently – to act on their interest.

And Paul Joyce in The Times claims it would take offers of at least £25million to tempt Liverpool into selling Lovren.

Would take bids of at least £25m for Liverpool to even consider letting Dejan Lovren leave. No contact from AC Milan, but their prospective new sporting director Ricky Massara rates Lovren highly. @TimesSport