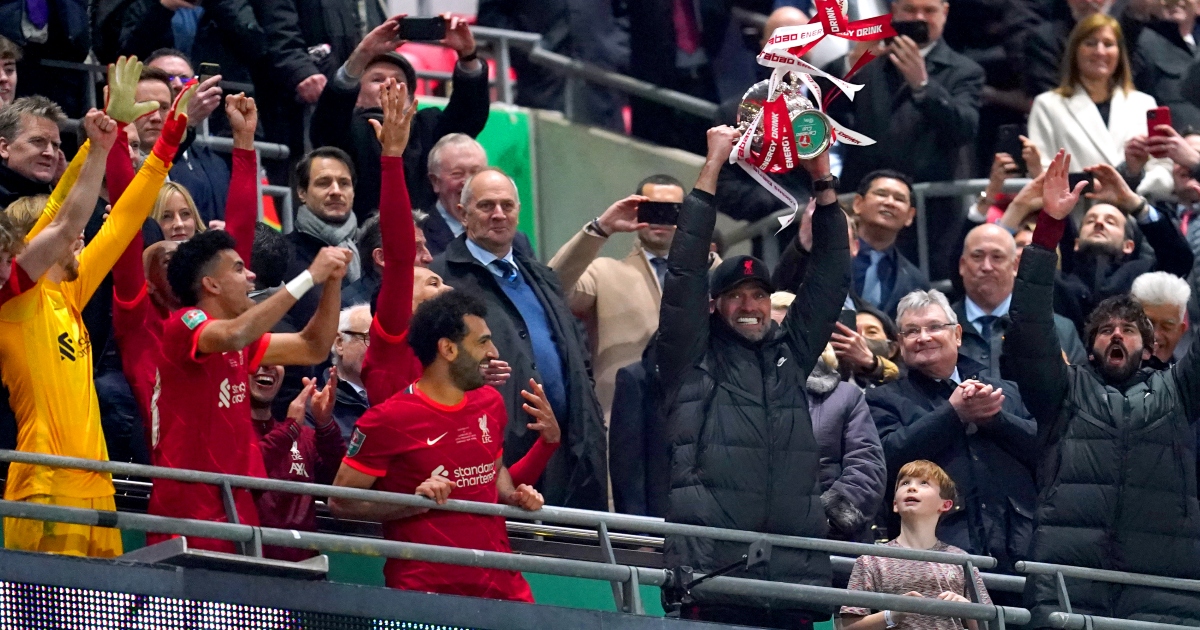 Thank you for being an oligarch…
At a time when Roman Abramovich is getting some terrible press, there is one man willing to extend a hand of gratitude and thanks: The Daily Mail‘s Martin Samuel, the man who has previously described FFP as ‘a UEFA protection racket’.

‘Right now, Roman Abramovich is being judged on the company he has kept, and who his friends still are. If he is beginning a slow retreat from English football, however, there will come a time to judge his contribution to our game. And it can be encapsulated in one word: thanks.’

We were going to go for ‘sportswashing’.

‘It is forgotten how dull English football was becoming until Abramovich turned up. Not for followers of Manchester United or Arsenal, of course. In 2003, what we now regard as a big six – maybe more – was a big two.’

And this so-called ‘big two’ was so set in stone that they were broken up by Liverpool in 2001/02 and just three years before, Chelsea themselves had finished the season only four points behind the champions. ‘Dull English football’ had seen Liverpool win four major trophies in three seasons when Abramovich took over in 2003.

‘It wasn’t Abramovich’s fault that the men who helped construct the league – sages such as Rick Parry and Greg Dyke, who now lecture football on governance and finance – configured it so the only way to break that duopoly was enormous investment. Abramovich was made to play their game, buying his way into the elite the way rival owners either could, or would, not.

‘And he broke up that cartel. Arsenal have not won the title since 2004, Manchester United since 2013. In their place have come new clubs and new owners emboldened by Abramovich’s success. Manchester City, Leicester, the modern Liverpool. And Chelsea, of course.’

Liverpool fans will be very pleased indeed that they owe their current success to Roman Abramovich’s arrival in English football almost 20 years ago. And don’t forget that he was ‘made’ to invest all that money. What choice did he have? What was he going to do? Invest in infrastructure and expertise to challenge the ‘cartel’ in the long term?

And just throwing ‘Leicester’ in there is really quite something. The one example of a club with a relatively low budget winning the Premier League is also because the owners felt ’emboldened by Abramovich’s success’? Wow.

‘Yet in all Abramovich’s time here, almost 20 years, Chelsea have won five domestic titles. Manchester United won six in the eight years before he arrived. The Premier League would not have thrived with such moribund outcomes. It would have ended up much like the Bundesliga. People want competition.’

Manchester United also won four titles in five years from 2006 to 2011, which sounds like something close to a monopoly. It’s almost like the retirement of Sir Alex Ferguson was also a factor in the breaking-up of a ‘cartel’.

‘So English football owes Abramovich gratitude. He helped build the giant the league has become because he made it exciting at the top again. He challenged the status quo and more than any owner forged the competition we have now.’

Indeed. Mediawatch remembers how terribly dull it was when Sylvain Wiltord scored at Old Trafford to win the title, while that on-pitch battle between Arsenal and Manchester United in which Martin Keown terrorised Ruud van Nistelrooy was awfully yawnsome.

‘He connected English football with fabulous characters such as Jose Mourinho, Carlo Ancelotti and Antonio Conte; he delivered wonderful footballers such as Didier Drogba and Eden Hazard, capturing imaginations and growing the league abroad.’

And all those managers and players would never have joined other English clubs. He really does have a terrific point.

‘It does not make an alleged allegiance with Vladimir Putin any more palatable – we shall see if reports of a role as a peace broker for Ukraine are reality, or propaganda – but he’s been as good for the English game as he has for his club. Nothing alters that.’

Hmmmm. The word ‘alleged’ is doing an awful lot of work there. We’ll just leave this here…

Quad a palaver
This obsession with Liverpool winning four trophies is ludicrous but understandable at a time when data suggests they have taken over from Manchester United as English football’s most-supported club. Media outlets want a taste of that sweet, sweet giddiness so they are embracing the concept of the Quadruple. Hell, we are not immune.

After Sunday’s penalty shoot-out win over Chelsea we were told that the Quadruple – now a 66/1 shot with the bookies – was ‘within their grasp now’ and on Tuesday we open the Daily Mirror to find that ‘REDS WANT FAB FOUR’. Well, we’re sodding sure they do but we know for damned sure that ‘Quadruple in sight for Kop’ is bollocks. It’s only ‘in sight’ if you squint.

‘IT has been called the Impossible Dream the seemingly unattainable holy grail of football.’

Has it? A quick Google suggests that it was once called the ‘impossible dream’ (no capitals) by Daily Telegraph writer Jamie Phillips. We’re not sure that one mention merits that kind of billing.

Maddock then details that ‘incredibly, no club in Europe has ever seen the four major honours available to them’, though that fact is diluted somewhat by two of the five major leagues technically having no fourth major honour.

He concedes that winning the Carabao Cup was the easy part but details that they ‘face relegation strugglers Norwich for a place in the quarter-finals of the FA Cup’ so that one is in the bag. Actual favourites for the competition Manchester City face Championship high-flyers Peterborough so their challenge can be written off.

And they ‘already have one foot in the Champions League last eight’ so that is practically nailed on too, while ‘they are still within touching distance of City at the summit of the Premier League’. When you put it like that, the 66/1 odds available look like free money. Pile on, people, pile on.

He than concedes that it’s ‘virtually unthinkable’, which is obviously why the Mirror have dedicated a whole page to the idea that the Quadruple is ‘in sight’.

No claims bonus
Over on the Mirror website, we are told that ‘Jamie Carragher claims Tottenham transfer chase could boost Liverpool’s quadruple hopes’.

This is simple: No he doesn’t.

Ah, the ding-ding-ding jackpot of Liverpool and Man Utd in the same headline. Glory be.

And what is that ‘drastic action’? Well, buckle yourselves in because this is massive:

“I think personally United have got to write off the next year or two in terms of trophies, minimum.

“Say ‘we’re going to rebuild what we have, get our recruitment right and there is a certain style of play under this new manager that we are going to go with and he is going to have time to get it all right, there is going to be mistakes, a few things that go wrong but we are going to stick with this guy and give him a minimum of two years to work it out’ and see the progress and that development happen.”

So Ferdinand is basically advocating that Manchester United do exactly like they did with Ole Gunnar Solskjaer and give their new manager over two years despite a lack of trophies.