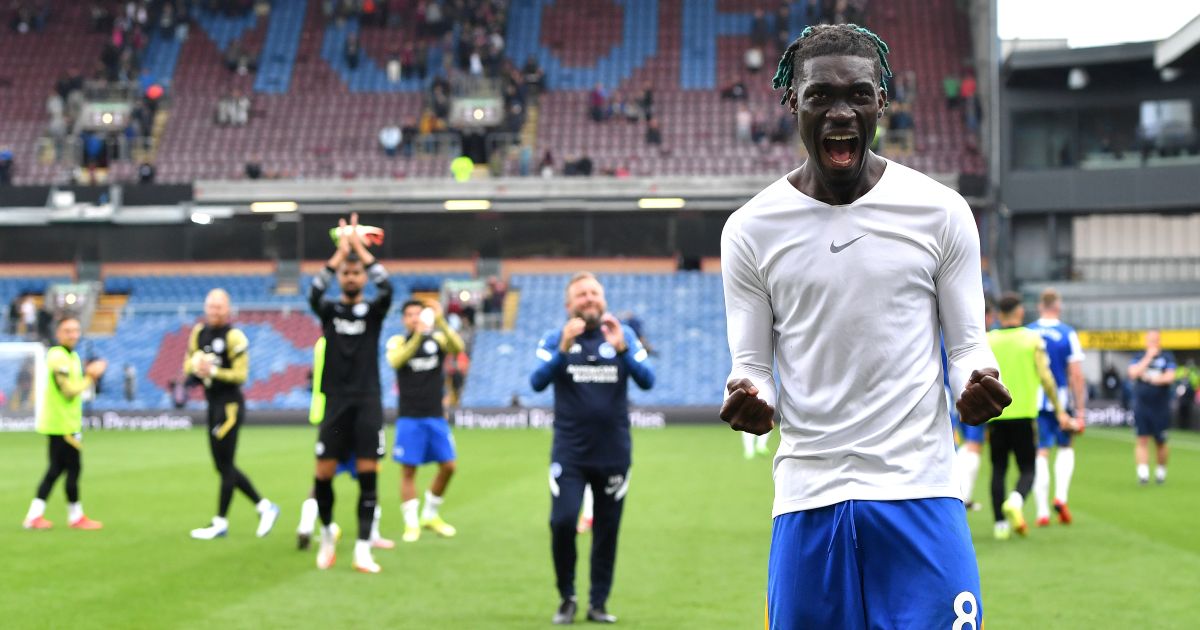 Liverpool are reportedly closing in on their first signing of 2022 after the club agreed a fee with Brighton for midfielder Yves Bissouma.

The Mali international was in and out of the team at Brighton under previous manager Chris Hughton but he has been an important part of Graham Potter’s side over the past year or so.

Bissouma – who declared himself as the best midfielder in the league recently – had a brilliant season in 2020/21, making 35 Premier League appearances as Brighton comfortably survived relegation.

If Brighton beat Crystal Palace on Monday they will go top of the Premier League and Bissouma has once again been a key part of that success.

His performances haven’t gone unnoticed with Liverpool, Manchester United and Arsenal all linked with the 25-year-old in the last six months.

And now Spanish publication Fichajes claims that Liverpool ‘have already closed’ a deal to bring him to Anfield in 2022.

It is claimed that Liverpool ‘needs a series of reinforcements’ with a new central midfielder at the top of their wishlist.

The Liverpool recruitment team are ‘working to close a series of’ deals to boost Jurgen Klopp’s squad and ‘have reached an agreement’ to sign Bissouma.

The report adds that Liverpool will pay around £30m for the Brighton midfielder, which seems a little cheap, although that figure has been mooted before.

Arsenal have also been linked and their former player Ray Parlour reckons Bissouma would be a brilliant signing for the Gunners.

“I would love to see (Bissouma) at Arsenal, I said that in the transfer window,” Parlour told talkSPORT.

“I think he’s got everything. He’s efficient, he can put his foot on the ball, can put his foot in as well, can pass. He probably could score a few more goals but he’s not in that position to score goals. He’s the one who’s going to keep everything ticking over.

“I’m sure Brighton had to sell one of their players and it was Ben White in the end for £50million. But I think he’s going to be a top star. He’s only 25 so there’s lots of time as well.”